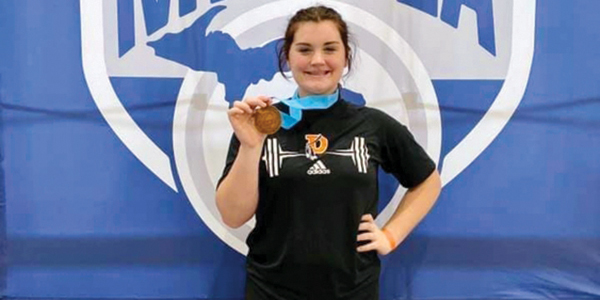 Potter qualified for the state meet by placing second at the regional hosted by Edwardsburg on Feb. 22.

Evan Phillips won the regional competition at Edwardsburg. He placed 10th in the 242-pound division. He had a total lift of 1,145 kilograms. His best squat was 400 kilograms, best bench was 275 kilograms and best dead lift was 470 kilograms.

Carson Sumners, of Marcellus, was eighth in the 194-pound division. He had a total lift of 1,125 kilograms.

Edwardsburg’s Bennett Myers finished eighth in the 275-pound division with a total lift of 1,200 kilograms. His best squat was 260, best bench 520 and his best dead lift 510.

NOVAK: Do your part and we can all get through this

Today was supposed to be the first day of Michigan high school sports. But as you all know by now,... read more