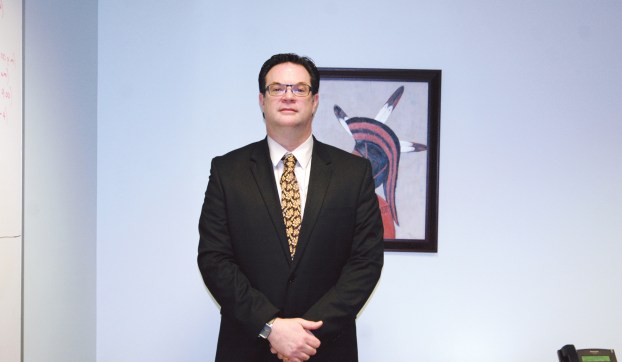 Superintendent Paul Hartsig is asking residents to vote yes for a millage renewal in the May 8 election. (Leader photo/SARAH CULTON)

Dowagiac schools to seek funding in May election

DOWAGIAC — Dowagiac Union Schools are asking that Dowagiac residents take a part of their day next month to go to a voting booth and cast a vote in favor of the district.

In the election on May 8 in Dowagiac, Dowagiac Union Schools will be seeking a renewal of a non-homestead millage. The millage will be a renewal of a tax that is placed on industrial, commercial and some agricultural property in addition to second homes.

The millage would not affect a family’s primary home, nor would it increase residential school taxes.

If the millage is voted down in the May election, it could have serious effects on the school districts, including potential cuts to programs such as athletics, Hartsig said.

“If it didn’t pass, we would have to look at every program we have,” Hartsig said. “[The millage] is nearly 25 percent of our budget. That’s a huge amount. It would affect a lot of programs. It would be a devastating loss for the district.”

Hartsig stressed that the voting the millage through on the ballot would not create a new tax. The millage has been in place for more than two decades, last being approved by voters in 2014.

“This is not an increase. We have been doing this now since 1993,” Hartsig said. “This is just a renewal. … To my knowledge [the millage] has never not passed. No one will see an increase in taxes. This is just a continuation.”

In the past, Hartsig said that the community has been supportive of the millage and is hoping that will continue into May’s election.

“Our business community has always understood the law and has been very much supporting of our schools,” he said. “They understand that a good school system is the cornerstone of a strong economy.”

Hartsig said he wanted to encourage every Dowagiac resident to go to an area polling place to participate in the May 8 election.

“I know that people are busy and that it takes time to get to the polls,” Hartsig said. “We hope people take that time, before school, during lunch or after work, to vote and support the schools.”

DOWAGIAC — A night of drinks, appetizers and networking is coming to Dowagiac, thanks to a local professional group. The... read more