Marilyn S. Gaideski, 74, of Niles, Michigan passed away on Thursday April 21, 2016, surrounded by her loving family. Marilyn was born on May 25, 1941, in South Bend, Indiana to the late Carl and Crystal Thompson.

Marilyn worked as a secretary at Niles Automotive Supply and AAA Insurance. She loved spending time with her family and friends. An active parishioner at St. Mark Church, Marilyn served on the Church Council and a member of Christian Mothers. She was a founding member of the Notre Dame Fan Club — Barn Chapter and a member of the Niles Art Association.

Visitation will be from 2 to 4 an 6 to 8 p.m. Sunday April 24, where a Parish Rosary will be prayed at 3:30 p.m. in the Kaniewski Funeral Home 3545 N. Bendix Dr. South Bend, In, 46628. Funeral services will be held at 11 a.m. Monday April 25, in the St. Mark Catholic Church, Niles, Michigan, where friends may visit for one hour prior to the Mass. Burial will follow at Calvary Cemetery.

In lieu of flowers, memorial contributions may be made to the American Diabetes Association or to the Alzheimers Association. To send online condolences, please visit www.kaniewski.com. 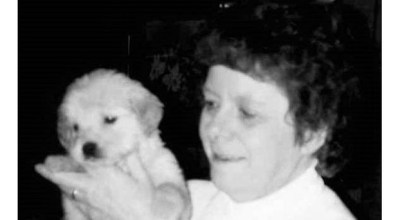