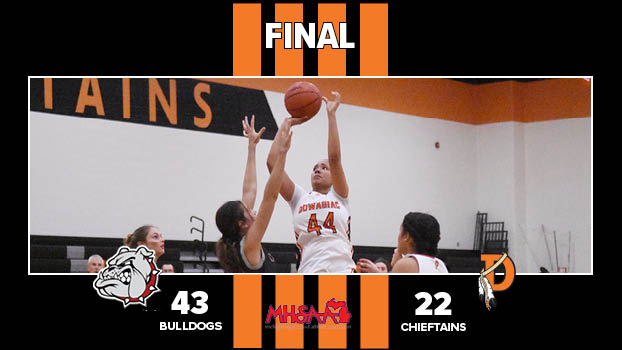 DOWAGIAC — For one quarter, host Dowagiac was able to stay with No. 7-ranked Vicksburg in a non-conference girls basketball game between two former Wolverine Conference foes.

The undefeated Bulldogs (13-0) led just 7-6 after the opening eight minutes. Unfortunately for the Chieftains (6-6), that would be as close as the contest would be the rest of the night.

Vicksburg extended its advantage to 18-12 by halftime and 30-18 after three quarters.

“We struggled offensively to really get anything going,” said Dowagiac Coach Jason Turner. “We played great defensively, especially in the first half. We battled against a really good team that is ranked seventh in the state.”

Turner said that his team continued to have issues putting the ball in the basket in the final 16 minutes.

“Our struggles offensively hurt us in the second half as we turned the ball over and led to easy baskets for them,” he said. “We are going to need to get ready for a busy week next week as we have 3 games next week.”

The Bulldogs also did not place a player in double figures. Maddison Diekman, Makayla Allen and Hannah DeVries all finished with seven points.

Dowagiac returns to action Monday night when it hosts Our Lady of the Lake in a non-conference contest. 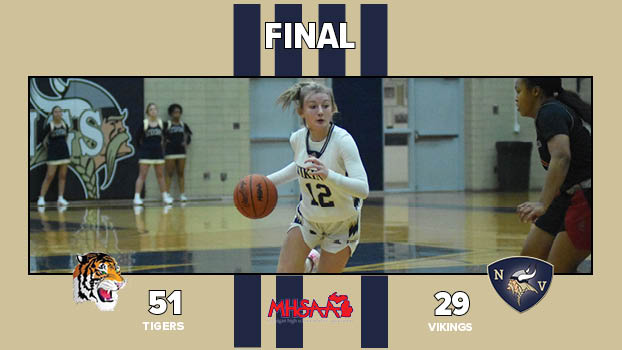 Despite playing without their leading scorer, Desrae Kyles, host Benton Harbor was able to defeat Niles 51-29 in non-conference play.

The Tigers (11-4) led 13-2 after one quarter and 25-4 at the intermission. The Vikings (0-13) played better offensively in the second half, but never seriously challenged Benton Harbor in the final 16 minutes.

Imya Jordan had a game-high 20 points to lead the Tigers, who also got 10 points from Kabrina Mays.