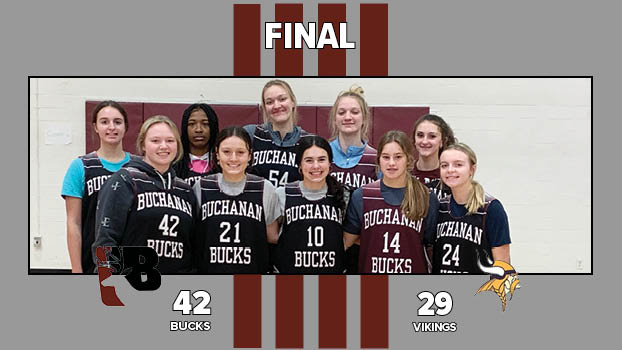 In a battle of Associated Press Division 3 ranked teams, Buchanan traveled to Bronson and handed the Vikings their first loss of the 2022-23 season. Bronson, an honorable mention selection in the latest poll, fell to the Bucks, 42-29.

After a close opening 16 minutes, which saw Buchanan head to the locker room with an 18-11 halftime advantage, the Bucks completely controlled the second half as they outscored the Vikings 24-18 to pull away to the easy victory.

Buchanan (10-1) turned a seven-point halftime lead into a 33-21 advantage heading to the fourth quarter, which sealed the victory.

Aubree Calloway was the lone Bronson (11-1) player to reach double digits as she scored 10 points.

The Bucks return to the court Friday as they host Benton Harbor in a Lakeland Conference contest. 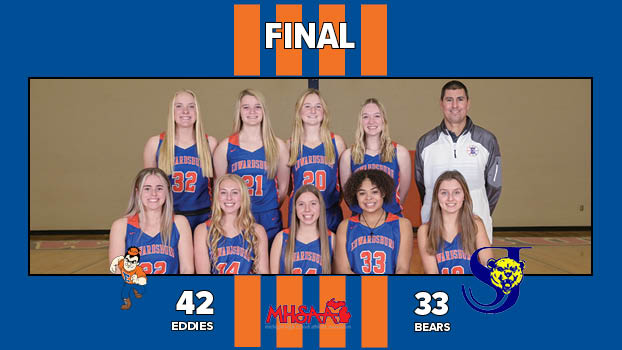 Visiting Edwardsburg rebounded from its Wolverine Conference loss to undefeated Vicksburg by taking out their frustrations on St. Joseph.

The Eddies turned an 8-3 first-quarter lead into a 22-10 halftime advantage. Edwardsburg led 39-23 heading into the final quarter.

St. Joseph rallied in the final eight minutes, outscoring the Eddies 10-3, but could not overcome the early deficit.

Averie Markel scored a game-high 19 points to lead the Eddies, who also got six points from Caitlin Tighe and five points from Chloe Baker.