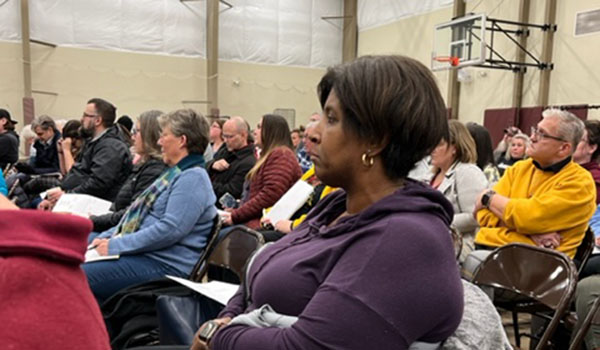 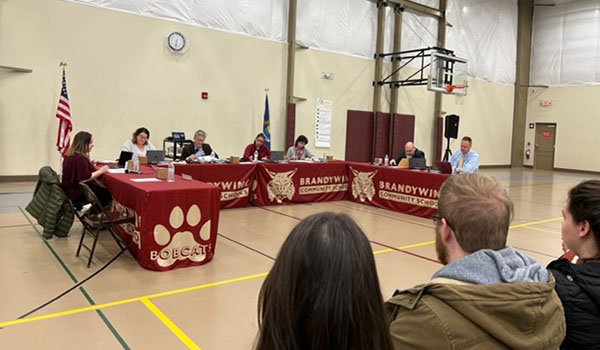 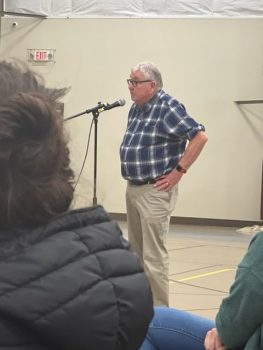 NILES — The Brandywine Board of Education established several new committees on curriculum, sexually explicit materials and other topics at their meeting Monday night despite opposition from some on the board and many of the 150 people in the audience.

This was the school board’s second meeting since four new members elected last November took their seats. The four members – Michelanne McCombs, Elaine McKee, Thomas Payne and Angela Seastrom – were endorsed by the Berrien County “We the Parents” organization which has an emphasis on parent rights and school district transparency.

The four new board members voted to create several committees, including ones for curriculum, tutoring, parent/community involvement, parent/guardian curriculum transparency and explicit material book review. In addition, the board created a sex education advisory board and an executive committee.

Superintendent Travis Walker noted that the board doesn’t currently have these specific committees and has traditionally acted as a “committee of the whole” to address different topics and issues. For his part, Payne who was elected board president earlier this month said that all the committees being proposed are based on state law or board policy.

Payne told fellow board members that he and McKee, who is the board vice-president, will ask board members which committee they want to be part of and then establish membership on the committees. McKee said input would also be gathered from staff, students and the community on the different topics.

Payne and McKee said the committees will not be making decisions but making assessments of what’s in place, giving advice and offering recommendations to the school board. Relative to the Sex Education Advisory Board, it was unclear from the meeting whether the board which is required under state law is already in place.

The discussion on creating the explicit material book review committee drew comments from both board members and the audience. Seastrom and McCombs took issue with audience members saying the committee would be “banning books”, noting they want to put policies in place to restrict access just as public libraries and others do.

“Some of the stuff in the school library is absolutely disgusting,” Payne said. “In the corporate world, we have to go through sexual harassment training and if I distributed some of these materials to other adults, I would be reprimanded or maybe even fired.”

The one item that did not get a vote and was instead tabled after questions were raised was one asking for a library inventory and a suspension of adding any books containing explicit material. It is expected to be taken up at the board’s Feb. 13 meeting.

The division at the meeting was evident with crowd response to board members as well as in public comments. Walker’s acknowledgement of board members for National School Board Recognition Month brought loud cheers for returning board members and muted applause for the four new board members.

In public comments at the end of the meeting, many spoke about First Amendment rights and the importance of diversity and inclusion, while others were concerned about their children being exposed to explicit materials in schools.

Brandywine graduate Ambrosia Neldon spoke about the importance of learning and reading a wide diversity of ideas and topics. She raised concerns that the new committees would involve censorship or restricting and excluding ideas.

“The district’s mission statement is engage, educate and empower,” she said. “Kids are trying to find a place to fit in.”

Gerik Nasstrom, program director of the OutCenter of Southwest Michigan, said he was speaking on what he felt was his sacred responsibility “to protect students’ rights to a high quality inclusive education.”

He questioned what books are being targeted as being explicit, noting that some passages in the Bible could be considered to be explicit. He also spoke about freedoms provided in the U.S. Constitution, the separation of church and state and the importance of inclusion so young people can feel they are represented.

“I’m not scared of inclusion or drag queens in schools and libraries,” he said. “I’m scared of children who are going to think it’s okay to accept less diversity, less tolerance and being less than they were meant to be. Words in a book don’t make people gay or trans. Seeing a drag queen doesn’t make you a drag queen.”

On the other side, parents spoke about their concerns that students are being indoctrinated and exposed to explicit materials. Renee Peddie said she was shocked to hear audience members laughing about explicit content in books and said parents have to do what’s in the best interests of students.

“We are clearly divided, we need to find common ground and look out for the best interests of the children,” she said. “Political leaders have worked hard to pit us against each other. Our responsibility is to protect the most vulnerable. We need to offer support to LGTBQ students absolutely, but not at the risk of hurting other students.”