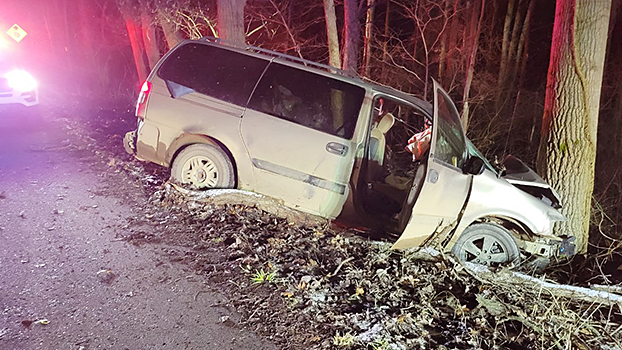 CASSOPOLIS — A Vandalia woman had to be extricated from her vehicle after leaving the roadway and striking a tree in Jefferson Township Saturday night.

Initial investigation showed the driver Jeri Rickeys, of Vandalia, was traveling northbound on Hess Road before crashing head on with a tree. Rickeys was initially trapped inside of her vehicle until she was removed by emergency medical personnel.

Assisting at the scene was Edwardsburg Fire Department, and Pridecare Ambulance and Edwardsburg EMS.