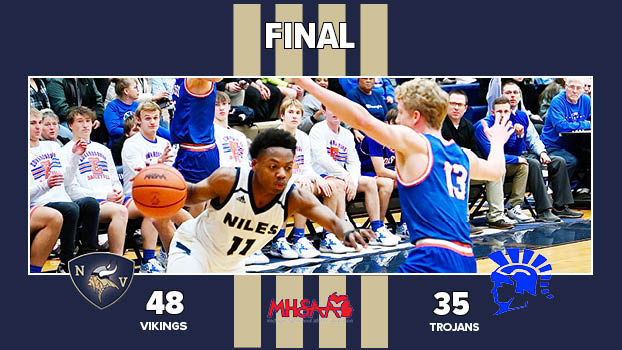 NILES — A quick start helped host Niles knock off the No. 2 team in the Wolverine Conference Friday night.

The Vikings boy’s basketball team jumped out to a 19-7 first-quarter lead en route to a 48-35 victory over Plainwell. In the opening game of the doubleheader, the visiting Trojans handed Niles its 12th straight loss as they defeated the Vikings 69-24.

Once the Vikings opened up their double-digit lead, Niles never really allowed Plainwell to get back into the contest.

The Trojans were led by Nick Marlow’s 12 points. He was the lone Plainwell player to reach double figures. 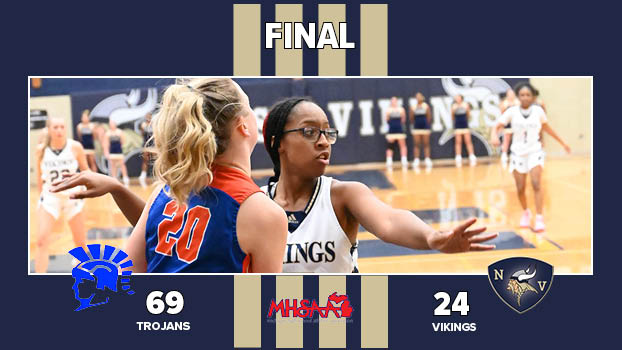 Plainwell exploded for 25 points in the opening quarter against Niles and never looked back.

The Vikings hit the road Tuesday night as they head to Benton Harbor to face its former SMAC West Division foe.