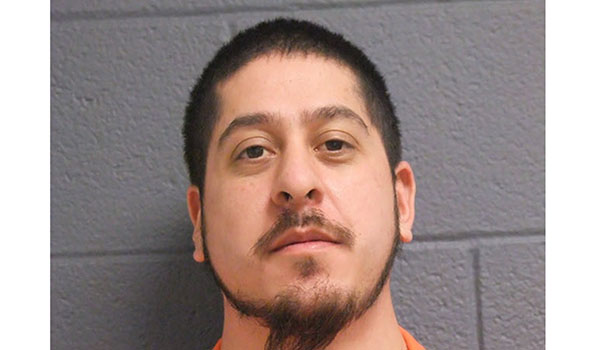 CASSOPOLIS — An area man already in prison for sexual assault was sentenced to another prison term Friday in Cass County Circuit Court.

Miguel Perez, 33, pleaded guilty to first-degree criminal sexual conduct and was sentenced to 25 years to 60 years in prison with credit for 510 days served. He must register as a sex offender, be on lifetime GPS monitoring and pay $1,048 in fines and costs.

Perez is already in prison on another first-degree criminal sexual conduct charge from Van Buren County. He received a prison sentence of 25 years in prison on Dec. 20, 2021.

The victim’s mother spoke before the sentencing.

Cass County Prosecutor Victor Fitz called Perez’s action “abominable” and “despicable” and noted that Perez had given marijuana to the victim to make her more compliant.

“He’s a coward, he’s earned what he’s getting today and what he got in the other case,” he said. “I hope he does change his ways and he will have a quarter of century to do it.”

“You destroyed her life for a few moments of selfish pleasure,” Cass County Circuit Judge Mark Herman said. “You may someday get out of prison and hopefully without you in her life, she can get out of her prison.”