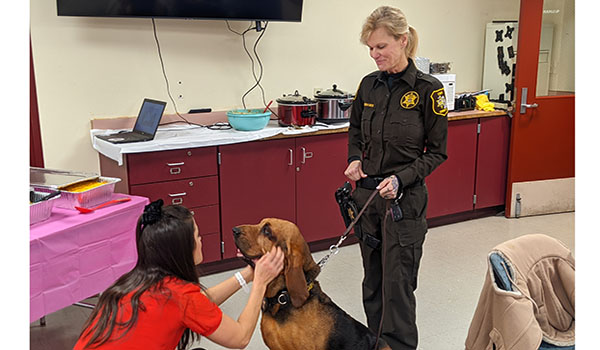 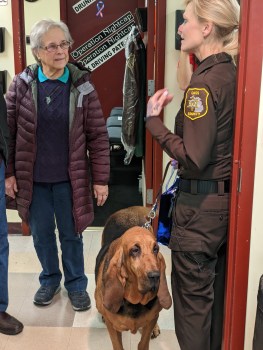 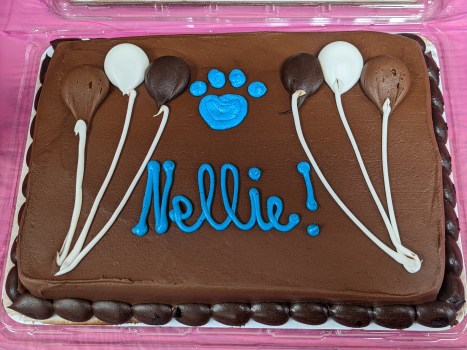 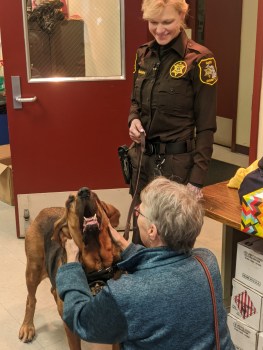 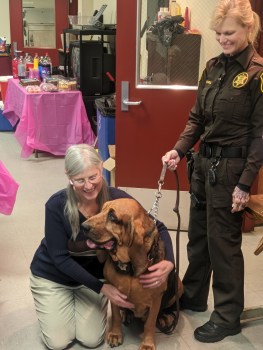 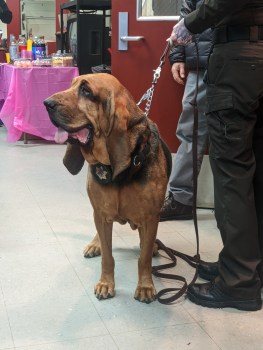 CASSOPOLIS — A local law enforcement dog was celebrated by the community after a successful career of saving lives.

The Cass County Sheriff’s Office hosted a retirement party for Nellie, a 10-year-old bloodhound, on Wednesday, Jan. 18 following a nine-year career with the department.

In 2013, the CCSO was able to get Nellie from the Jimmy Ryce Center for Victims of Predatory Abductions free of charge. Nellie was utilized by the CCSO for the tracking of lost, missing and endangered persons. Since 2013, Nellie has participated in 475 calls for service, 211 deployments and 770 public relations events while accumulating 83 assists and finds.

Nellie’s handler, CCSO Deputy Tiffany Graves, said that while Nellie will no longer be deployed by the department, she will continue to serve the community in a public relations role.

“She brings everybody together at the department,” she said. “Everybody is so supportive, and they just really embrace having the dogs here. I think it’s a type of emotional therapy for our officers.”

Food, beverages and sweets were provided as Nellie greeted guests in search of head pats and snacks while a television screen displayed photos of Nellie’s exploits in the community.

Sheriff Richard Behnke thanked community members for coming out to celebrate Nellie’s career. According to Behnke, many neighboring law enforcement offices have requested Nellie’s services over the years.

“These pictures are bringing back a lot of memories, not just of the things that Nellie did for search and rescue but the community events and things she did in the community,” he said.

Nellie’s retirement means that Britton, a two-year-old bloodhound with the CCSO, will step in to take a more active role in the department.

Graves thanked the CCSO, her family and the community for their ongoing support of the service dogs.

“I appreciate the community, my family and my friends, everybody that has just shown us so much love and support,” she said. “Nellie has become a rockstar because of you guys, so I just want to say thank you for coming out and for showing your support.”