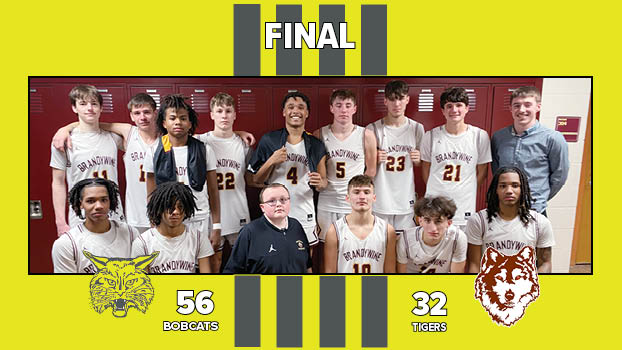 CASSOPOLIS — On a night with a limited schedule, Brandywine, Buchanan and Cassopolis were all winners in boy basketball Monday night.

The Bobcats traveled to Portage and knocked off Portage Northern 56-32 as it rebounded from its first loss of the season, while the Bucks held off host Union City 46-43. Both were non-conference contests.

Cassopolis had the lone home game as it blew out Marcellus 80-22 in Southwest 10 Conference play.

The visiting Bobcats (8-1) grabbed an 11-point lead after one quarter, which they stretched to 30-13 by halftime.

Brandywine scored 17 points in the third quarter, just as it did in the opening eight minutes, to take a 47-21 advantage to the fourth quarter.

The Huskies (3-6) did not have a player reach double figures. Ryan Kaliati led the team with five points.

The Bobcats are now off until Jan. 23 when it takes on River Valley in a non-conference contest. 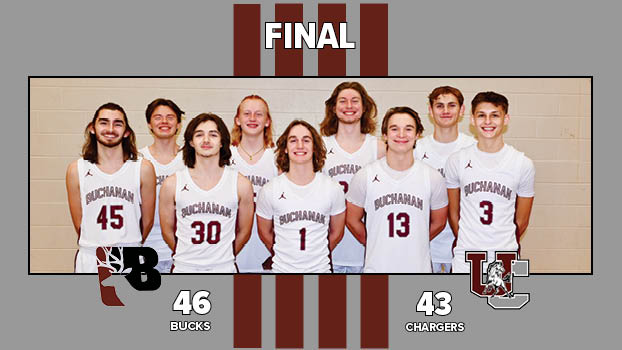 The Bucks jumped out to a 17-9 first quarter lead, but was outscored 21-nine in the second quarter as Union City tied the game at 28-28 by the intermission.

Buchanan (6-3) grabbed a 40-36 lead heading into the fourth quarter and then held off Union City in the final eight minutes.

Thomas VanOverberghe led the Bucks with a game-high 15 points. Connor Legault and Dillon Oatsvall both finished with eight points. 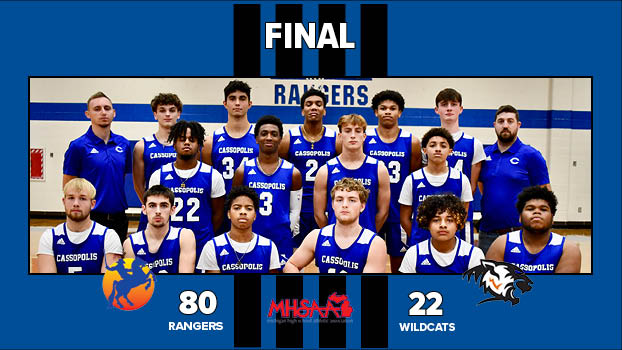 Visiting Marcellus was no match for the Rangers, who improved to 8-2 overall and 6-0 in the Southwest 10 Conference, with the win.

Cassopolis jumped out to a 23-5 first-quarter lead and then cruised home with the victory. The Rangers led 53-15 at halftime and 72-17 after three quarters.

Cassopolis is back in action tonight as it travels to Comstock for a Southwest 10 Conference contest.