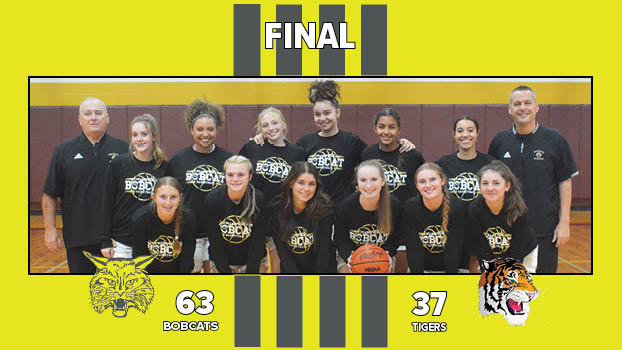 The Bobcats defeated the Tigers 63-37 in the girls’ basketball opener, while Benton Harbor won the boy’s nightcap 73-54 as Tigers’ Coach Corey Sterling won his 200th game.

Brandywine won its third straight game to improve to 6-1 overall and 3-1 in Lakeland Conference contests to remain a game behind league-leader Buchanan.

The loss dropped Benton Harbor to 8-4 overall and 2-2 in the conference.

The Tigers, behind the play of 6-foot-5 center Kesrae Kyles, who has signed a national letter of intent to play at Central Michigan University next season, were able to keep the game close for a quarter and a half. She finished with a game-high 20 points.

The Bobcats, who trailed 20-17 in the closing moments of the first half, used an 8-0 to take a 25-20 lead on the Tigers. Brandywine outscored Benton Harbor 24-7 in the third quarter to blow the game open.

The Bobcats led 49-27 heading into the final eight minutes of play.

Brandywine returns to the court Wednesday when it travels to Bloomingdale for a non-conference contest. 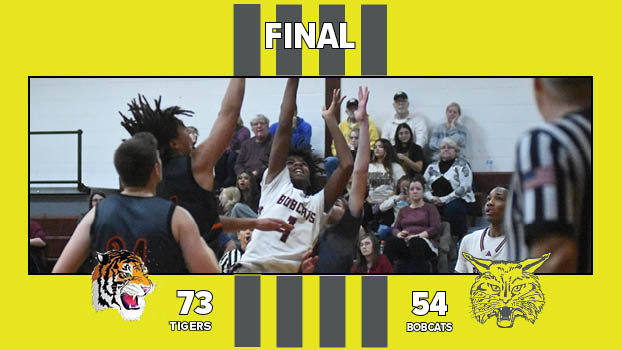 Visiting Brandywine tasted defeat for the first time this season with its loss to the Tigers.

Benton Harbor, which came into the game with a 6-1 overall record, took over first place in the Lakeland Conference with the victory. The Tigers are now 3-0 in league contests, while the Bobcats drop to 3-1. Brandywine is now 7-1 overall.

The Tigers jumped out to a 17-7 lead and never looked back. Benton Harbor led 39-16 by halftime and 55-36 heading into the final quarter.

Brandywine had no answer for Grant Gondrezick, who scored a game-high 26 points. Brian Gillespie added 16 points and Josiah King 12 points.

Brandywine goes right back to work Monday night as it travels to Portage Northern for a non-conference game.