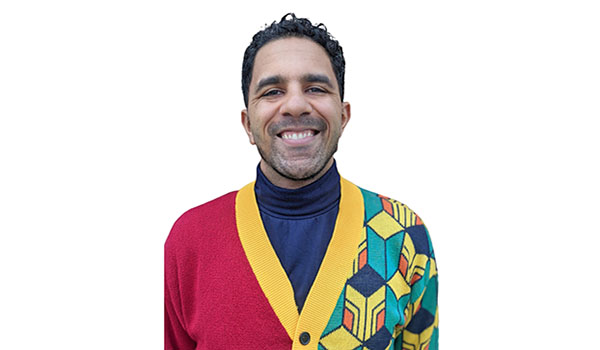 Harden, 31, started his employment at Leader Publications in July 2020, and has reported in Niles, Dowagiac, Cassopolis, Edwardsburg and Buchanan.

Originally from Muskegon, Michigan, Harden graduated from Muskegon High School in 2009 before attending Calvin University in Grand Rapids, Michigan. He graduated with a bachelor’s degree in media studies in 2013.

He began his career with MLive Media Group in Walker, Michigan before taking a role with Pioneer Group in Big Rapids, Michigan. Prior to working with Leader, he worked at the Herald-Palladium in St. Joseph.

After living in Muskegon and Grand Rapids for most of his life, Harden relocated to Niles in 2019. Now, Harden is looking forward to another challenge as he takes on responsibility as managing editor.

“It’s a new challenge for me, but that’s why I wanted to be here,” he said. “I look forward to learning more about the people and places that make these communities great.”

“Maxwell brings energy and excitement to his writing especially when new businesses enter the marketplace or existing ones undergo positive change,” Cains said. “This is one of the many reasons he has tremendous name recognition within the business community. His relationship among the local government leaders is positive for the community as he is able to quickly report on the events that change lives, cause disruption and which in turn, allows the public to better prepare for what is ahead.  Maxwell is a local person who loves Southwestern Michigan, a fan of the state and a champion for the betterment of the area.”

In his time at Leader, Harden said he has enjoyed seeing new businesses grow and communities come together following the height of the COVID pandemic in March 2020, and covering local sports has also been a highlight.

“Being able to interact with both the people and businesses that make the community go is what excites me the most,” he said. “I feel privileged to be in this position to give voices to those people. It’s what keeps me going.”