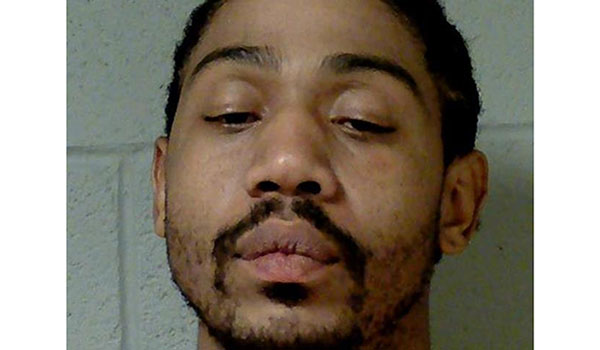 CASSOPOLIS — A Cassopolis man who assaulted deputies in the Cass County Jail in April, 2021 was sentenced to prison Friday in Cass County Circuit Court.

Paris Bradford, 37, of Hospital Street in Cassopolis, was found guilty by a jury last October of three counts: one count of assault of a prison employee and two counts resisting and obstructing police-all as a habitual offender and was sentenced to concurrent prison terms.

He was sentenced to four years to 20 years in prison for assaulting a prison employee and to two terms of three years to 15 years in prison for two counts of resisting and obstructing police; all as a habitual offender. He has no credit for time served as he was on parole at the time of the incident. He must pay $1,616 in fines and costs.

The incident occurred April 29, 2021 at the Cass County Jail on M-62 in Cassopolis. Bradford was awaiting trial on an unrelated matter when he assaulted deputies working in the jail during an altercation.

He is currently in prison on six counts stemming from a July 19, 2020 incident in Cass County. He was sentenced July 9, 2021 for carrying a concealed weapon, possession of a weapon by a felon, possession of ammunition by a felon and three counts of use of a firearm in the commission of a felony. His earliest release date on those charges in July 8, 2026.

His new sentences are concurrent with each other but consecutive to the sentences he’s now serving.

Cass County Prosecutor Victor Fitz called Bradford his “own worst enemy” with a record of 11 felonies and seven misdemeanors. “Part of life is that there are rules in society and you obey them,” he said. “When you follow the rules, these things don’t happen … This was an extremely serious situation.”

Defense attorney Robert Kardatzke noted that Bradford has been incarcerated for 624 days in this case although he’s not entitled to any credit for them. “He’s remorseful about his actions and five or six of the jurors did ask for leniency,” he said.

“I had no intention to hurt anyone,” Bradford said. “It was me trying to resolve a situation that was going on. I understand there are rules in life, I was not there intentionally to bend the rules. I apologized to the officer who was harmed.”

Cass Circuit Judge Mark Herman said that Bradford was trying to intervene with the lockdown of another inmate in the jail. “You escalated the situation when you didn’t follow commands,” he said. “… You let your stubbornness control the situation. If you hadn’t gotten involved in another inmate’s matter, we wouldn’t be here today.”