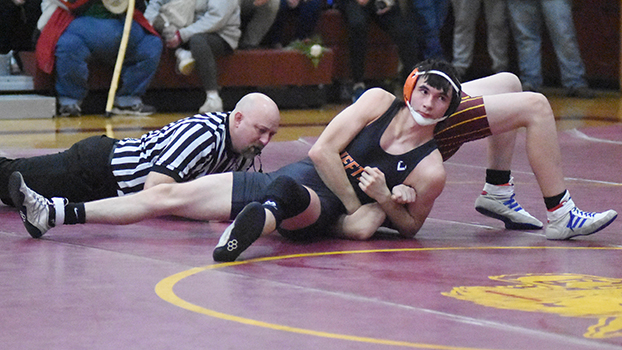 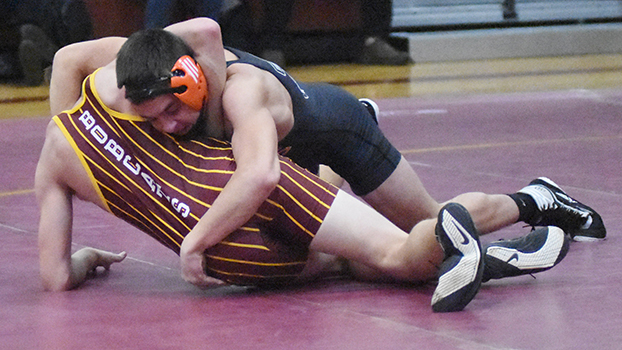 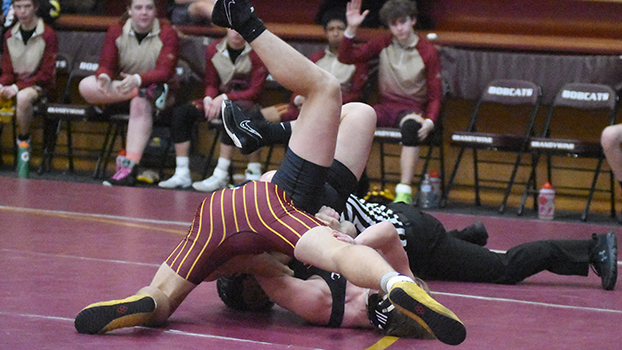 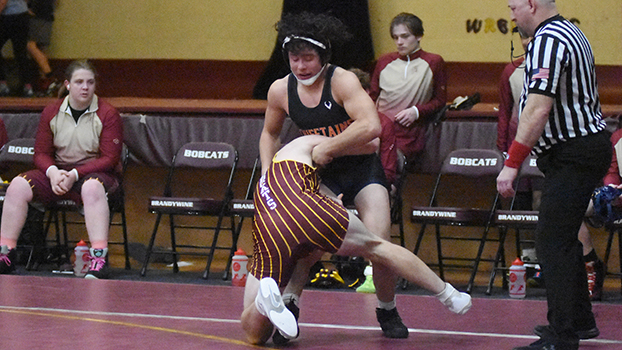 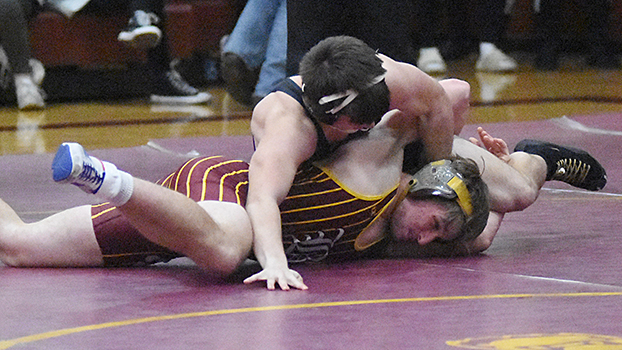 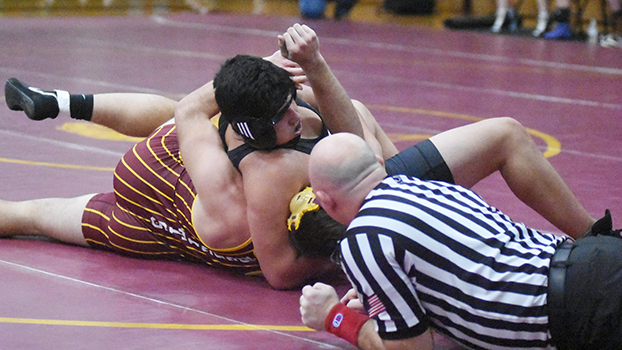 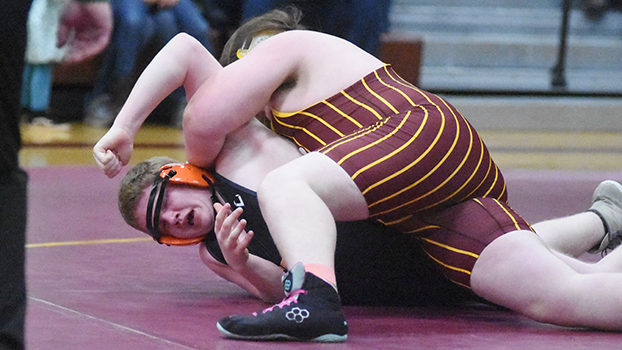 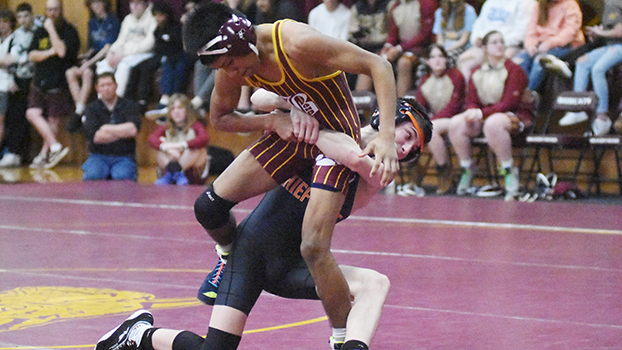 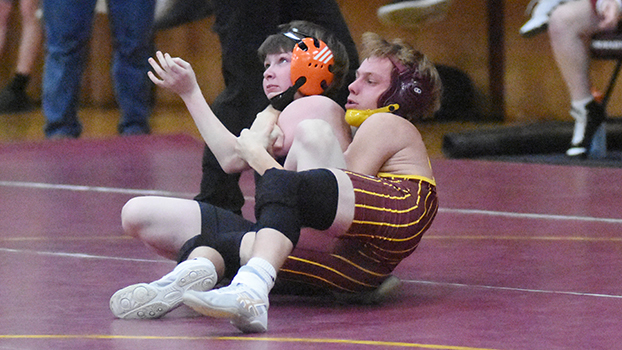 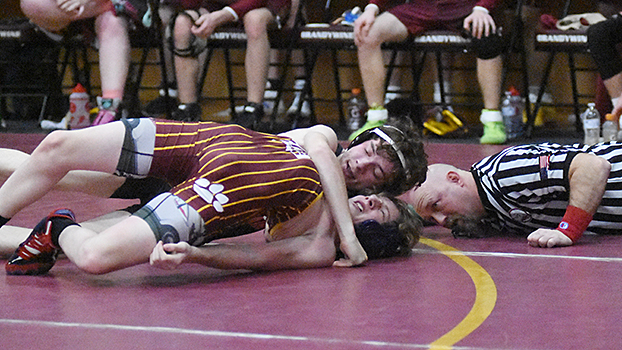 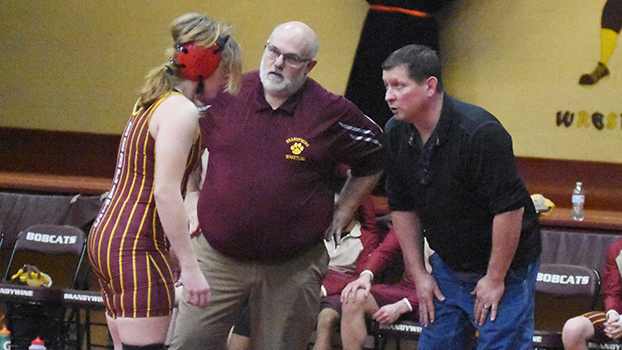 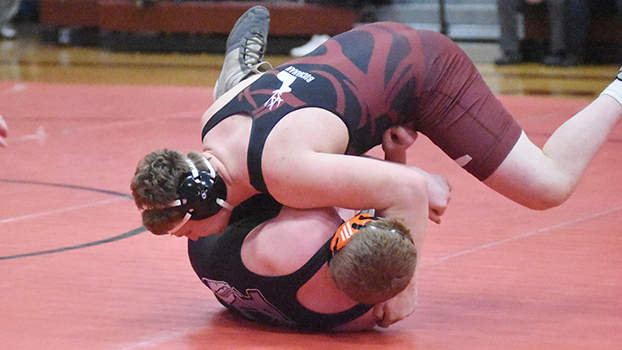 NILES — Host Brandywine fired the first salvo in the battle for the Lakeland Conference wrestling championship.

Brandywine’s win over the Chieftains came via the third criteria after the two teams tied at 39-39. The third criteria is forfeits. Dowagiac had three forfeits compared to the Bobcats’ one.

It was the second straight match that the Chieftains have lost on that criteria. Dowagiac and Portage Northern tied at 42-42 last Saturday at the Three Rivers Super Duals.

Veteran Brandywine Coach Rex Pomranka was happy to get the sweep and take control of the title chase.

“That was a good, old-fashioned high school dual meet,” he said. “It has been a while since we have been in something like that. It was a packed house tonight. They [Dowagiac] did some moves and we did some moves. The kids came through. It was a great dual meet.”

Dowagiac jumped out to the early 18-12 lead, which it stretched to 33-12 before Brandywine began its comeback.

The Bobcats, starting with Phillip McLaurin at 215 pounds, won the next five weight classes to take a 39-33 lead. McLaurin picked up one of the Chieftains’ three forfeits, while Cael Vansandt and Matt Veach both pinned their opponents.

The Chieftains’ Nicholas Green pinned Ben Lintz in the final bout at 126 to tie the score at 39-39.

“We just have got to get healthy,” Dowagiac Coach Colin Burandt said. “We have been dealing with sickness and injuries. We are doing what we can, but it comes down to putting a full team on the mat, which we are working on getting that taken care of by the end of the year.

The Vikings went 1-1 at the Wolverine Conference Quad hosted by Sturgis Wednesday night.