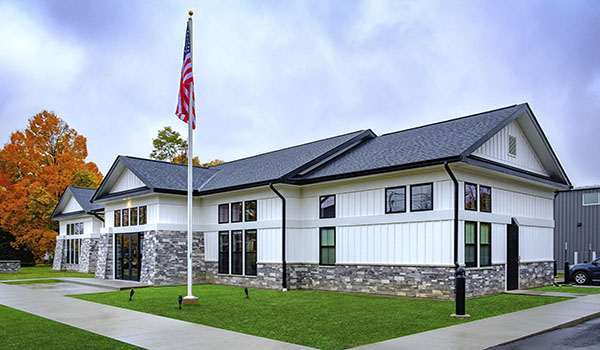 CASSOPOLIS — The first meeting of the new year was quiet for the Cassopolis Village Council. Beyond the approval of the agenda and corrected minutes, the main event was the package of updates from Village Manager Emilie LaGrow. Trustee Pedersen also inquired about available trainings for elected and village officials.

LaGrow wished the council a happy new year, noting the positive impacts around the Village in 2022 and the plans for more in 2023. The Village was awarded an approximate $150,000 water award for investigating lead lines. They had not originally won the grant, but additionally funding allowed them to resubmit and win the award. The investigation process, which should begin in March, will help the village keep on pace with state compliance.

The Pioneer Log Cabin Museum is celebrating its centennial this year and has expressed an interest in collaborating with the village on a large celebration. LaGrow plans to attend the board meeting and report back to the council. The Village audit has been completed and will be presented at a date to be announced. The Ice Fishing Tournament is scheduled for January 28th, with a make-up date of February 4th. Current weather makes cancelation of the event a likelihood. The decision will be made at the beginning of the week of the tournament.

Finally, the manager announced the setting of the modular home funded through the Michigan State Housing Development Authority Mod Program. The program awarded the village a grant to reimburse most of the cost of purchasing and placing a manufactured home. Originally meant to arrive in August of last year, the home has arrived after pandemic-related delays, and is in the process of being placed on a property captured by the village after tax foreclosure. The blighted building originally in the space was torn down, allowing for much needed new housing. Once set and finished off, the village can sell the home and apply to the program for additional awards. The Village of Cassopolis is the first municipality to set a house awarded by the official program.