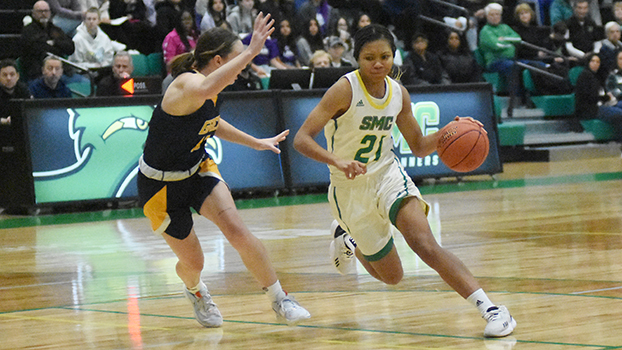 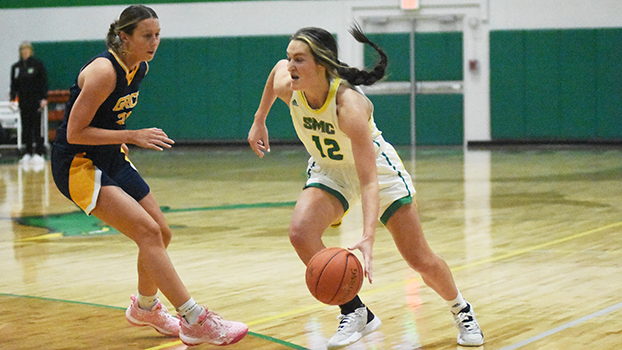 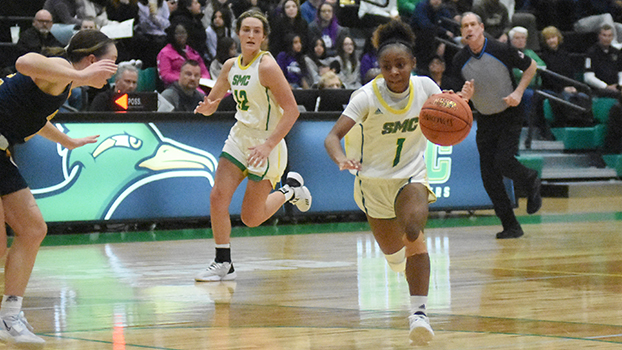 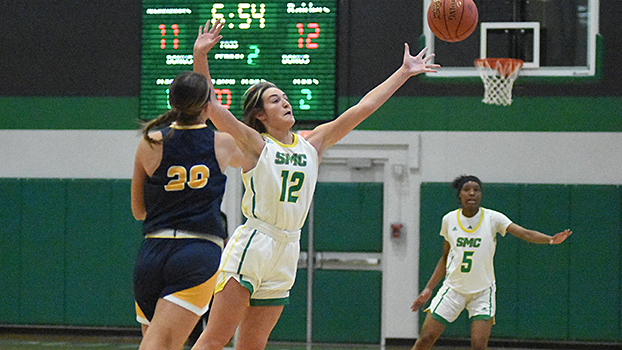 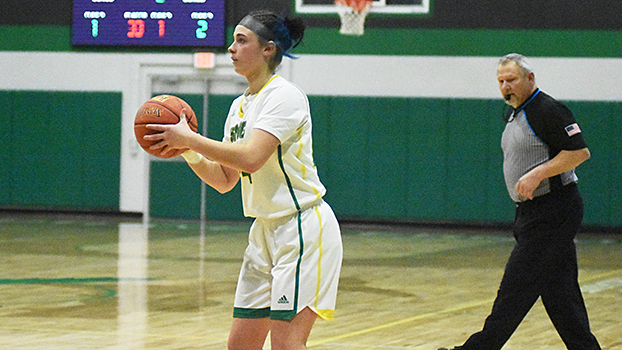 DOWAGIAC — It is not about how you start, but how you finish.

The Roadrunners (8-4) came into the Michigan Community College Athletic Association non-divisional game, having lost two straight games, trailed the Raiders 12-6 after the opening 10 minutes of the contest.

Southwestern Michigan whittled away at the Grand Rapids lead throughout the second quarter, finally overcoming the Raiders in the closing moments of the first half, which included Edwardsburg freshman Macey Laubach launching and connecting on a 3-pointer from half-court at the buzzer.

The 3-pointer gave the Roadrunners a 26-22 lead, which it never relinquished. Southwestern Michigan outscored Grand Rapids 20-10 in the second quarter to take the lead.

Southwestern Michigan Coach Jeanine Wasielewski said that her team struggled offensively in the first half as it continues to work its way back into form post-holiday break.

“Some of that is still rust,” she said. “We played Dec. 7, Dec. 19 and last then Wednesday. Honestly, that is a big gap. The last game, it was a little bit of our offensive and defensive energy … fighting to get our legs back. The next progression is executing of offense and then executing your shots. We are just going through getting that back. I was pleased with the shots we got.”

After grabbing the lead at halftime, Southwestern Michigan continued its run as it quickly stretched its advantage to 33-22 early in the third quarter.

Grand Rapids would not go away as the Raiders outscored the Roadrunners 12-8 the rest of the quarter to cut the lead to 41-34 heading into the final 10 minutes of play.

The Raiders trimmed the lead, but Southwestern Michigan responded, again and again, to put itself into position for the win.

Laubach led the Roadrunners with a game-high 18 points, to go along with six rebounds and three blocks.

“She is the ultimate competitor,” Wasielewski said. “She’s got a killer instinct. She is driving off of the competition and the opponent. She is not afraid to step up in the moment.”

Cameron Thomas (Hazel Crest, Illinois) had an off night when it came to scoring, as she was held to nine points. She made up for that by grabbing a game-high 16 rebounds, including 11 defensive rebounds.

“I was really excited about Camy [Cameron], I know she missed a lot of threes, but she made up for it. Her and I talk about that. When your shot is not falling, how are you going to make up it? Today, she had 16 rebounds.

The Roadrunners were scheduled to head to Chicago Tuesday to play Kennedy-King, but that game has been canceled and not be rescheduled.

Southwestern Michigan will next take the court when it opens up MCCAA West Division play against Ancilla College Saturday afternoon.