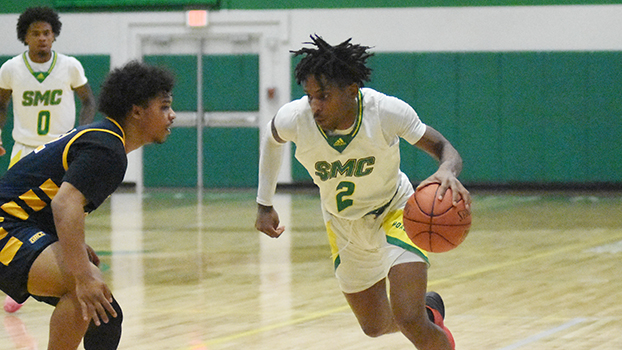 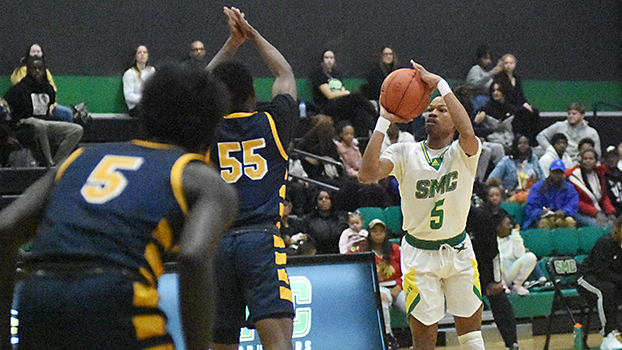 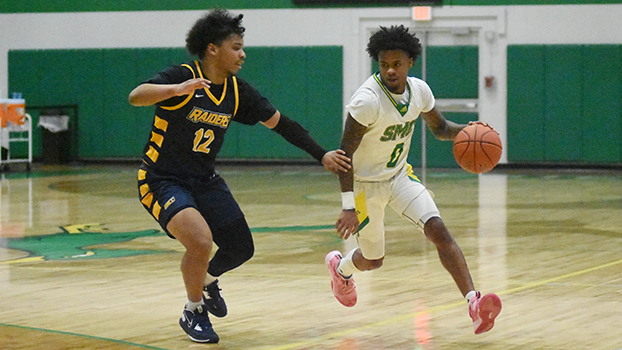 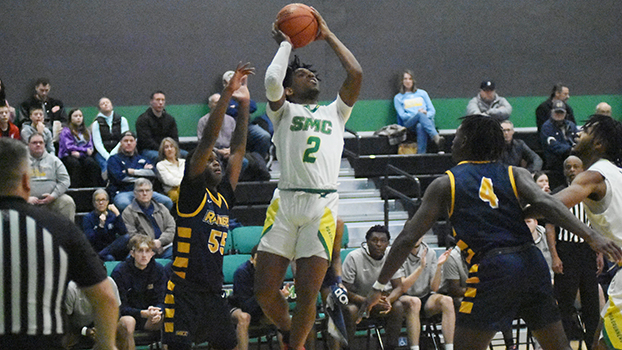 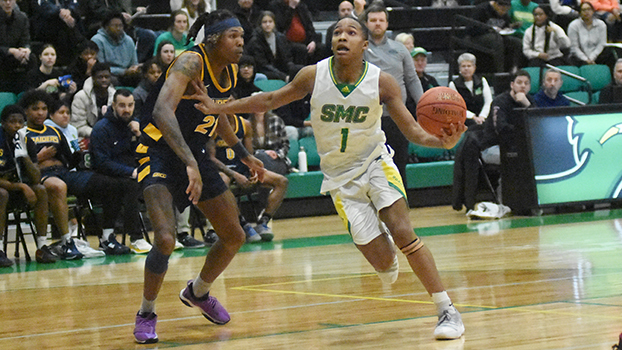 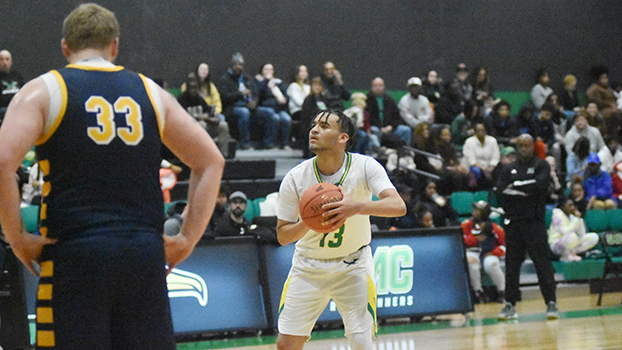 DOWAGIAC — In its first game of 2023 at the 1st Source Bank Fieldhouse, the Southwestern Michigan College men’s basketball team pulled off one of the biggest wins in its history.

The Roadrunners, who have to the court after more than 25 years absence, knocked off previously undefeated Grand Rapids Community College 68-67 Saturday afternoon.

Despite missing several players, including two starters, the Roadrunners were able to go toe-to-toe with the Raiders.

Grand Rapids was never able to shake Southwestern, but did manage to take a 36-35 lead at halftime. The Roadrunners outscored the Raiders 33-31 in the second half to pull off the upset.

“It is definitely our biggest win of the year,” said SMC Coach Rodell Davis. “I told the guys, I know there is some history here, but I think this could be one of the best wins in the history of the school. To have an undefeated team come in here, who was playing really well, and to be able to beat them here is definitely a feather in our cap.”

Southwestern Michigan has done a good job protecting its home court this season. The Roadrunners are now 6-1 in the 1st Source Bank Fieldhouse. Southwestern’s only loss at home came against CBG Preparatory back in November.

The Roadrunners got off to a slow start for a second straight game. Davis feels his team is still working on getting its legs back under it after the holiday break.

“We had a long a long break over Christmas, so we are still working our way back into the brand of basketball we want to play,” he said. “We struggled with that a little bit in the first half against Muskegon before we finally found ourselves. The same was true today. So, I hope that the next time we take the court, we will get these seven days to practice, and then we will be ready to roll.”

The second half saw the Roadrunners start to attack the basket on offense, while on defense, starting to turn up the pressure and forcing Grand Rapids into bad shots and turnovers.

Another key was rebounding. Despite the Raiders having the height advantage, SMC tied Grand Rapids with 40 rebounds. The Roadrunners had a five-rebound advantage at halftime.

Niles’ Mikel Forrest scored a game-high 25 points to lead Southwestern Michigan. It was his second straight game with 25 points. He shot 50 percent from the field (11-of-22) and nine rebounds.

Southwestern Michigan was supposed to travel to Chicago Tuesday to face Kennedy-King, but that game has been canceled and will not be made up. The Roadrunners head to Indiana Saturday to take on Ancilla College in its Michigan Community College Western Conference opener.