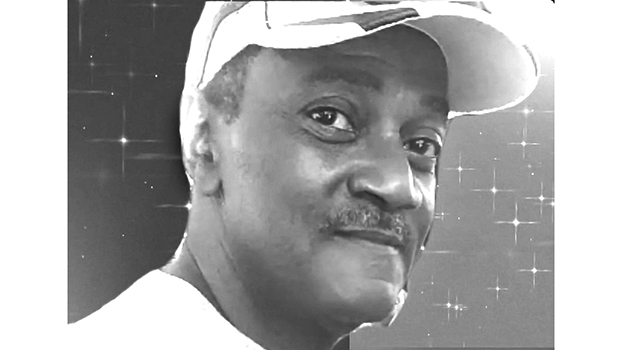 Donald Richard Edwards “Donnie” was born Saturday, Sept. 27, 1958, to the union of Willie J. and Margaret Ree (Murff) Edwards, in Chicago, Illinois. He was the seventh of nine children, the youngest son.
The Edwards family moved to Dowagiac, Michigan in 1963, from Chicago, Illinois. He sparked an interest in learning God’s Word at very early age, he frequently attended Conner Mayo AME with his late grandfather, Earlie Murff.
Donnie was charismatic, handsome, and loving. He loved his family, friends, and never met a stranger. He took joy in dressing nice, and conversing with the young people in the family on their ideas and aspirations. He was supportive, encouraging, and always willing to lend a helping hand to whomever needed help.
The light in him radiated, and he was always happy to see you. He frequently told other’s how proud he was of them. His love was earnest, and he had a way of making a person feel that they were important. In good or bad times, you could always count on his presence and support.
Donnie obtained his high school diploma, and later enlisted in the United States Marine Corps where he received a medical discharge. He was proud to be a veteran and did not hesitate to let you know.
Throughout his life he loved his family, and friends. In his later years he enjoyed spending time with his great-granddaughter, Leigha Diane “Peanut.” was such a joy to him. The two were inseparable.
Donnie was preceded in death by his parents, Willie and Margaret (Murff) Edwards, sister, Lavernis Edwards; brothers; Jesse J. Edwards, L. David Edwards; eldest son; Katarri Hogan, grand-daughter Amunique Hogan, step-son Jermaine Ward, brother-in-law, Tony Farrow; and sister-in-law Maxine Edwards.
Donnie leaves to cherish his memory his sons, Donald “Fella” Hogan of Georgia; Daniel “Danny” Ibarra of Texas; daughter, Peggy “Nek” Ward of Indiana; grand-children, Dorishia “Rishia” McNeal, Donald “Baby Donnie” Brooks, Jermaine Brooks, Aiyana Hogan, all of Indiana, Amaria Hogan of Illinois; Iesha Edwards, Daniel (Tommy) Edwards, Xiomara Edwards, Daniel Ray “Danny” Edwards, special grandchildren, Desiree Stewart; Demorrio (Mario)Lowes; siblings Patricia Farrow, Wayne (Juanita)Edwards, Alisa Jefferson, Leslie “Faye” Edwards all of Dowagiac; Phyllis Burrell of Indiana; special cousins, Andre Murff, Rickey Murff, Cornell Lynch, Mattie Amos; Connie Davis; as well as his life-long friends, Dean Pompey and Henry Ward; and a host of nieces, nephews and friends.
Funeral services will be held at 12 p.m., noon on Monday, Jan. 16, 2023, at the Second Baptist Church in Dowagiac, 203 S. Paul St., Visitation will begin one hour prior to the service.
Memories, photos, and condolences, may be left for the family at www.BrownFuneralHomeNiles.com
Arrangements have been entrusted with Brown Funeral Home & Cremation Services.