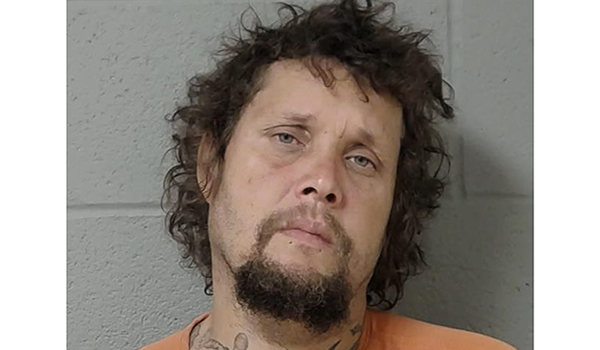 CASSOPOLIS — A Dowagiac man who strangled his girlfriend in a downtown Dowagiac parking lot was sentenced to jail Friday in Cass County Circuit Court.

Travis Shell, 43, of Wayne Street in Dowagiac, pleaded guilty to third offense domestic violence and was sentenced to one year in jail and $1,198 in fines and costs. He has no credit for the 141 days he’s already served as he was on parole at the time of the incident.

The incident occurred Aug. 18, 2022 in the Save-A-Lot parking lot in the 600 block of North Front Street in Dowagiac. Witnesses called police and police found the victim with marks on her throat when they arrived.

“In this incident, he strangled his girlfriend for two minutes,” Cass County Assistant Prosecutor Ryan Funk said. “He has a staggering eight prior domestic violence convictions and has been to prison before.”

“I apologize for being here,” Shell said. “I’d like to get help. I’m guilty of covering my sadness up with anger. I need to learn how to get it under control … I’m trying to get the help I need to be a better person.”

“You need to understand that I won’t tolerate a man hitting a woman,” Cass County Circuit Judge Mark Herman said. “It’s not your right to hit her. If she does something you don’t like, learn to live with it or get out. You have no right to lay hands on her. That will only end you up back in court before a judge.”