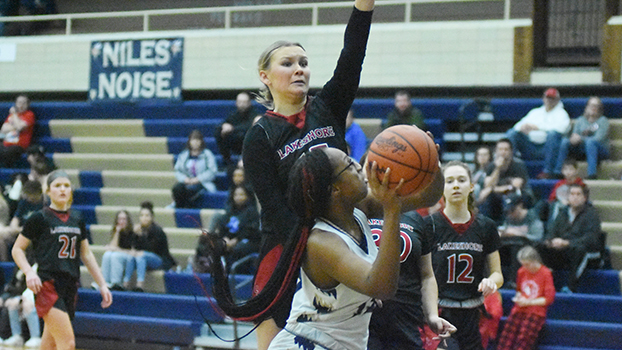 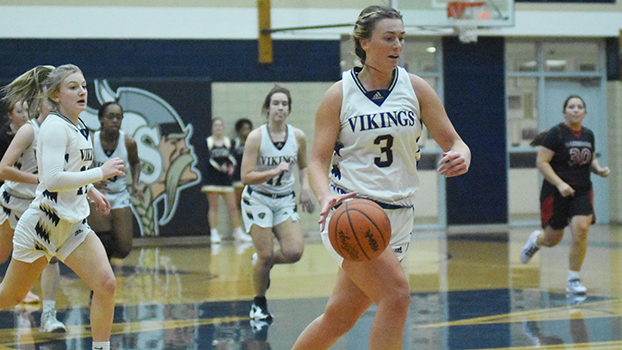 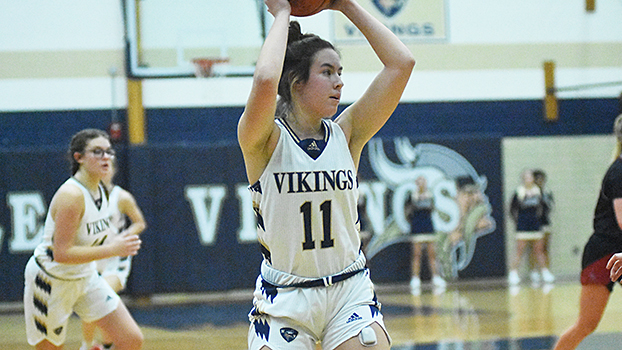 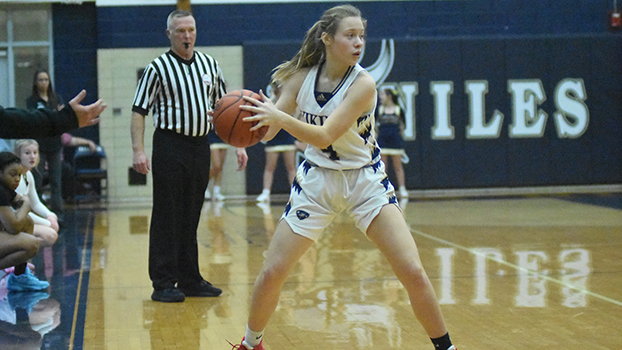 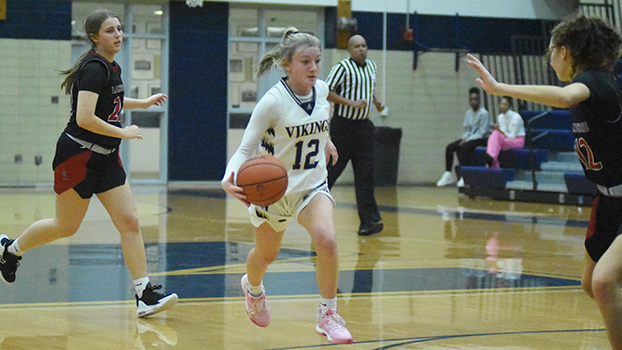 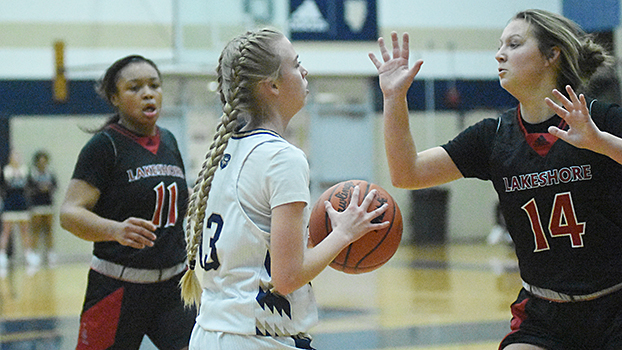 NILES — Although it scored twice as many points as it did in its previous game, the Niles girls basketball team is still in search of its first win of the season.

Former SMAC West Division foe Lakeshore came to town Tuesday night and outscored Niles 42-19 in the first half on its way to a 74-33 win over the Vikings in a non-conference contest.

The 19 first-half points were two more than Niles (0-8) scored in the entire game last week against Paw Paw.

The Lancers (5-2) grabbed a 21-12 lead after one quarter and then held Niles to seven points in the second to quarter to break the game open.

Lakeshore opened up a 30-point (58-28) lead heading into the final eight minutes.

Every player that took the floor Tuesday night scored for the Lancers, who were led by Emily Lockman’s game-high 23 ponts. Paige Lies added 12 points and Pallas Dominion 10.

The Vikings return to the court Tuesday when they travel to Cassopolis for a non-conference contest.