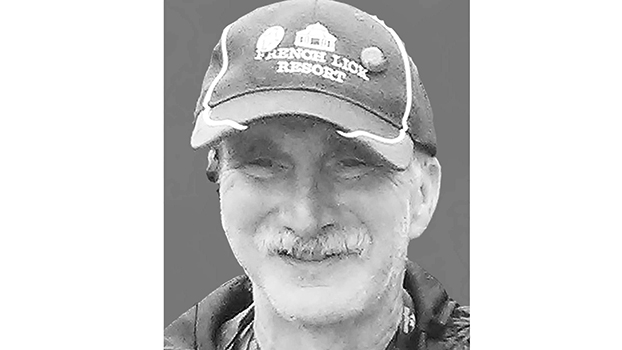 Steve J. Mize, 63, of Mishawaka, IN, passed away on Wednesday, Dec. 28, 2022, at St. Joseph Medical Center in Mishawaka, holding the hand of his beloved wife Kelly and other family members surrounding both of them with love. He was born on May 5, 1959, in Mishawaka, the son of Ervin and Dorothy (Sandefer) Mize. Steve was employed by Marriott Hotels for 12 years from 1989-2001. While working for Marriott, Steve met the love of his life, Kelly Barrett. Steve said he loved Kelly the first time he saw her, and Kelly knew instantly that he was meant for her. On Sept. 26, 1998, they were united in marriage at the First United Methodist Church in Dowagiac. In 2001, Steve began working for University Park Mall in Mishawaka, where he continued to work until September of 2022.
Steve was an eternal optimist and despite many physical issues, he always said he was living the dream. He loved making balloon animals and brought his bag of balloons to every gathering of family and friends. Steve had a witty sense of humor, a beautifully contagious smile, and laughed easily and often. He and Kelly enjoyed traveling together and visited many places throughout the US. He loved Kelly, their cat Al E. Cat (named by Steve), and everything about their life together.
Surviving are his wife of 24 years, Kelly Mize; father, Rev. Ervin Mize of Mishawaka, IN; three brothers, Michael Mize of Monmouth, IL, David (Sharon) Mize of Elkhorn, NE, and Dennis Mize of Mishawaka; two sisters, Nancy (Tim) Woodhall of Westerville, OH, and Pamela (Bob) Davis of Osceola, IN; two sisters-in-law, Diane (Richard) Barrett-Curtis of Dowagiac, Robin (Lee) Ballou of Wyoming, MI; brother-in-law, James (Elizabeth) Barrett of Lawton; and numerous nieces and nephews.
A memorial service to celebrate Steve’s life will be held at 1 p.m. on Saturday, Jan. 14, at Silver Creek United Methodist Church, 31994 Middle Crossing Rd, Dowagiac, MI, where friends may visit with the family from 12 p.m., until the time of service. Desserts will follow. Pastor Sara Carlson will officiate. Arrangements have been entrusted to Clark Chapel, 405 Center Street, Dowagiac. Those wishing to share a memory of Steve online may do so at www.clarkch.com