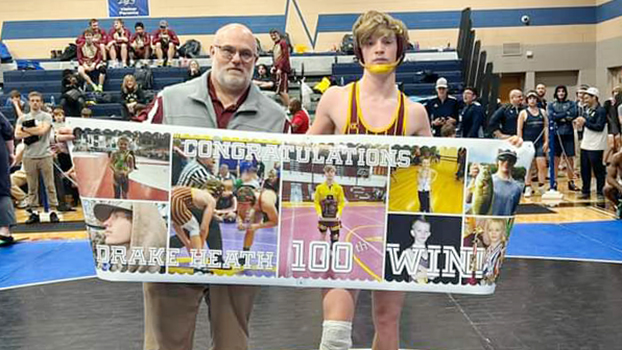 NILES — The 2022 portion of the season came to an end for the Niles, Brandywine, Buchanan and Dowagiac wrestling teams Thursday and Friday.

Jimmy Gaya was a runner-up at 215 pounds, while Chase Brawley finished third at 285.

Hudsonville won the team championship with 204.5 points, while Gladstone was second with 182 points and Fremont third with 144 points.

The Bobcats finished with 112 points.

Brandywine did not have an individual champion, but did have three runners-up — Josmar Perez (106), Kaiden Rieth (120) and Gavin Schoff, who lost due to injury default in his 157-pound match.

Philip McLaurin finished third at 215 and Doug Hawley fourth at 165. Drake Heath finished fifth a 132-pounds. In the process, he picked up his 100th career victory.

Jackson Starnes won the 175-pound championship and Dean Roberts the 285-pound title. Leland Payne was the runner-up at 165 pounds.