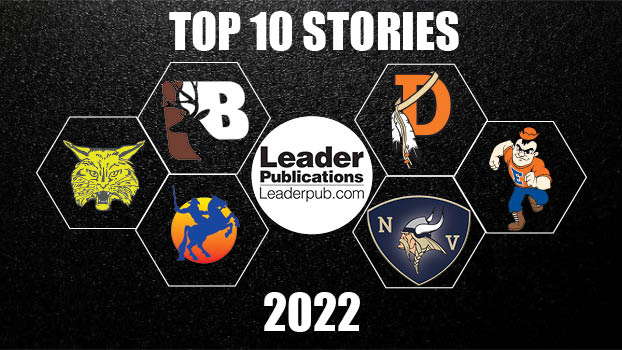 NILES — The first three of the top 10 sports stories were revealed Wednesday afternoon at leaderpub.com.

Today’s installment will feature stories seven through five. Stories fourth through two will be revealed on Friday.

The No. 1 story of the year will be revealed on Saturday, the same day that the entire top 10 list appears in the printed edition of the newspapers. 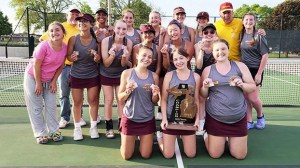 The Brandywine girls tennis team continued to be one of the top public school programs in the state of Michigan as it won its 11th Division 4 Regional championship in the past 14 years, which earned it another trip to the state finals.

For the third time in four years, the Bobcats earned a top 10 finish at the state finals, which were hosted by the University of Michigan and Ann Arbor Huron High School in June. Brandywine finished 10th.

The Bobcats rolled to an easy win in the Division 4 Regional Tournament hosted by Berrien Springs. 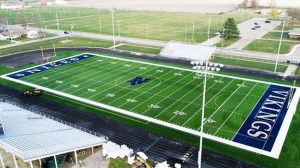 The Niles Board of Education approved installing synthetic turf at Viking Stadium in May. Unfortunately for the Vikings, the actual work did not begin until late summer, which mean the new surface was not completed in time of the 2022 season.

That mean Niles had to play all of its games on the road in places like Berrien Springs, St. Joseph and Paw Paw.

The new field will also be used by the boys and girls soccer teams and the band for competitions.

The field was finally completed in early November and a dedication was scheduled for Nov. 11 to that the community could come and get a first-hand look at the new surface.

Unfortunately, like the construction, the dedication had to be postponed when several inches of snow fell in southwest Michigan and completely covered the field. The decision was rescheduled for March when the Niles girls soccer team kicks of its 2023 season. 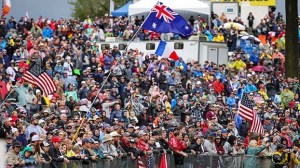 No. 5: RedBud hosts Motocross of Nations for second time

For the second time since 2018, RedBud MX in Buchanan was chosen to host the Motocross of Nations.

In 2018, the world came to RedBud MX to compete, and despite cold and wet conditions, the biggest motocross race to be held on American soil saw huge crowds head to Buchanan to cheer on not only their favorite drivers, cut their favorite countries.

The world returned to RedBud in September where riders and race fans were greeted with more hospitable weather conditions.

The weather forecast calls for cool, but dry conditions Friday and Saturday, but Sunday’s forecast currently has a 55 percent chance of rain with temperatures in the mid-60s.

Team USA snapped the 11-year drought by dominating the event.

Eli Tomac, Justin Cooper and Chase Sexton delivered as the United States won its 23rd Chamberlain Trophy in the 75th anniversary of the event. They also redeemed Team USA’s disappointing fifth-place finish in 2018 at RedBud.

After winning the qualifying events on Saturday, which gave the United States the top spot for Sunday’s final, Tomac kept the momentum going by winning the first moto. Tomac, who is no stranger to winning at RedBud, jumped out to the early lead and held off Jago Geerts of Belgium.

The final standings had Team USA with 16 points, France with 23 points and Australia with 24 points. Defending champion Italy finished fourth with 49 points, while Belgium rounded out the top five with 50 points.