The return of the Well: Area coffee shop, music venue set to return from COVID-induced hiatus 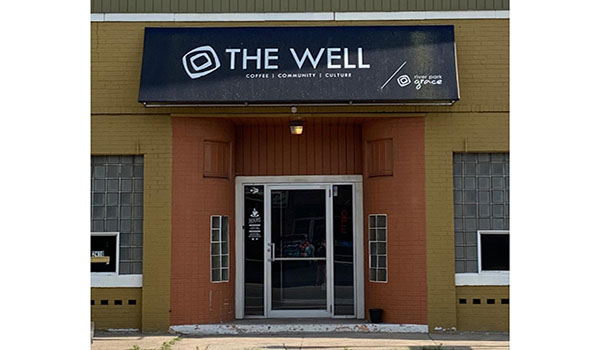 SOUTH BEND — The Well, a South Bend non-profit serving as a coffee shop, community space, and music venue, recently arrived at their ten year anniversary in a quiet fashion. The team behind the space nearly missed the occasion themselves, busy with creating new momentum and planning for the future after reopening in July for the first time since the COVID-19 pandemic.

The Well is a project by River Park Grace, a small community church that meets in the same building at 2410 Mishawaka Avenue. Though religiously affiliated, the goal from the conception of the Well was to create a “no strings attached” space for anyone in the community, regardless of faith. After purchasing the building, the coffee shop was added to give a place to gather, host events, and meet the needs that were not being met elsewhere. In the years since, the Well has hosted support groups, theater, music, art, after-school groups, markets, and more.

Patrick Quigley, a member of River Park Grace, also acts as the building manager for The Well. He started booking music on the small stage there in 2013, using his connections in the local music community to build an important space for musicians of all ages. After a few years, mention of the building’s basement inspired Quigley to add punk shows downstairs.

“I grew up in the basement DIY music scene,” said Patrick. “It had everything you need to throw loud punk shows.”
The Well has been a staple of the local music and art scene and of the community ever since. Donations from shows are given to those who play there and younger musicians have the opportunity to play before a crowd. The all-ages element is the focus, giving people the opportunity to take part in art and explore being themselves without being exposed to the environment of bars.

The venue is entirely volunteer-based, financially sustained by the River Park Grace board and by half of what is brought in from coffee sales. The other half of the sales is given to a chosen community cause each month. The break during the pandemic allowed the team to review what worked and what needed to change.

The return to business fills a missing space in the community, answering the calls of the many who were eagerly requesting the return of the Well as the pandemic restrictions loosened up. The goal is to continue using the resources available in the building to provide a space for people to gather.

“If someone is sitting at home alone, we want them to know that there are going to be other people playing board games,” said Patrick. “We want to be doing something to get you out of the house, to get you around other people.”

The Well coffee house is open Tuesdays through Fridays from 6 to 10 p.m. A full listing of events, including music, board game nights, vintage video games, wrestling nights, and more can be found at thewellriverpark.com and by following the venue on Facebook.