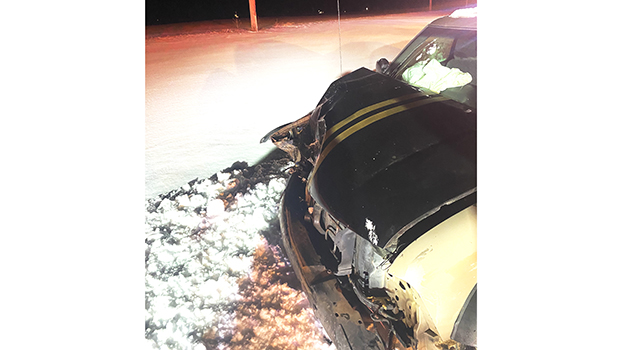 DOWAGIAC — A Dowagiac woman was transported to Ascension-Borgess Lee Memorial Hospital after her vehicle was struck from behind on M-51 near Elm Street in Silver Creek Township Tuesday night.

Initial investigation showed that Nicole Henslee, 46, Dowagiac, was stopped in the roadway with her turn signal on, attempting to turn into a driveway. Timothy Keegan, 62, of Dowagiac, was headed south bound and crashed into the back of Henslee’s vehicle.

Henslee was transported by PrideCare Ambulance to the hospital for injuries sustained in the crash. Seat belts were worn, and alcohol/drugs are not considered a factor in this crash.

Assisting agencies on scene were the Dowagiac Fire Department and PrideCare Ambulance Service.