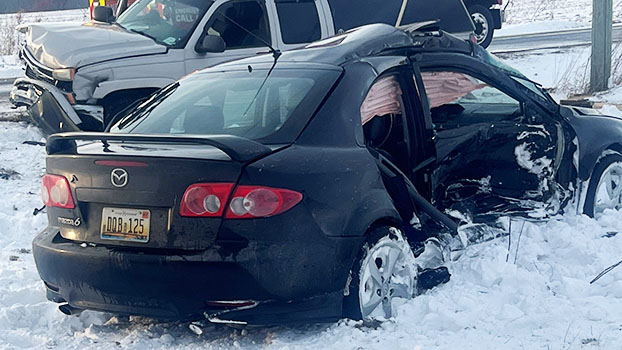 PORTER TOWNSHIP — A Constantine teen was injured in a two-vehicle crash in Porter Township Tuesday afternoon, according to the Cass County Sheriff’s Office.

According to Cass County Sheriff Richard J. Behnke, his office responded to a crash at approximately 4:08 p.m. Tuesday at the intersection of Robbins Lake Rd. and Teasdale Lake St. in Porter Township.

The initial investigation showed Richard Shay, 44, of Jones, was traveling North on Robbins Lake Road. Rebecca Shay, 43, of Jones, was a passenger in the vehicle at the time of the crash. David Ruth, 19, of Constantine, was traveling east on Teasdale Lake Street. Ruth disregarded the stop sign at the intersection, causing the crash.

Ruth was transported by SEPSA Ambulance to Three Rivers Hospital for injuries sustained in the crash.  Seat belts were worn at the time of the crash. Drugs and alcohol are not suspected factors in the crash.