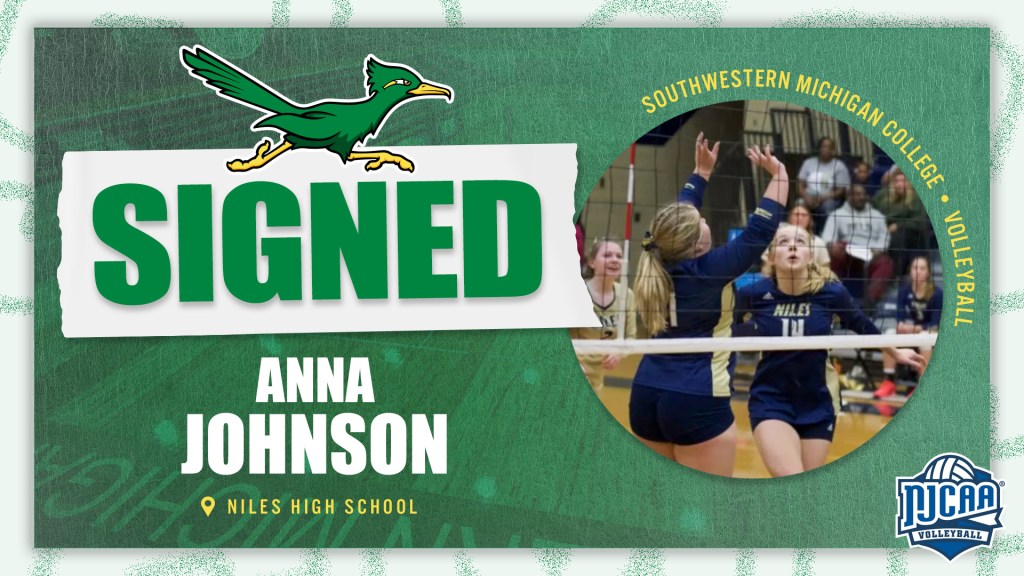 DOWAGIAC — Anna Johnson, a senior at Niles High School, will be reunited with her former coach as she has signed a National Junior College Athletic Association letter of intent to play volleyball at Southwestern Michigan College.

Roadrunner Coach Jenny Nate is very familiar with her abilities.

“Anna Johnson is a tough player who leads with determination and grit,” she said. “I had the privilege of coaching her for several years at the high school and club levels. Anna was our setter when we won three consecutive conference championships, a district championship, a regional championship, and a trip to the state quarterfinals. Anna knows what it takes mentally and physically to play and win in high-level, high-pressure volleyball matches.”

Johnson’s talents extend beyond the court.

“Along with being a tough competitor on the court, she also excels in the classroom and was Division 2 Team and Individual Academic All-State.,” Nate said. “I am thrilled to welcome Anna as a part of our 2023 Southwestern Michigan College volleyball team.”

Niles Varsity Coach Samantha Zimmerman, who was an assistant for Nate, said she could always count on Johnson to deliver.

“Anna is an athlete who comes with a winning mindset,” she said. “She’s extremely reliable and consistent when it comes to set production and composure on the court. She’s a very smart setter and the one you want in when the game is on the line.”