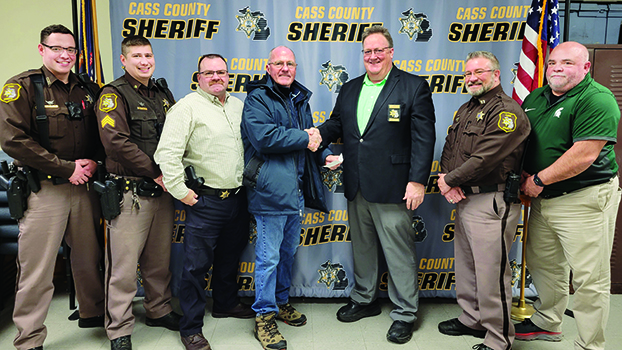 CASSOPOLIS — Cass County Sheriff Richard J. Behnke announced that his department raised $1,000, which it donated to Feed the Hungry.

Employees of the Cass County Sheriff’s Office raised the funds by participating in events like No Shave November to Jean Fridays. Behnke said that everyone got to have some fun while raising money for a good cause.

Raising money to support the communities the Sheriff’s Office serves has become a tradition, which Behnke said he hopes to continue for years to come.