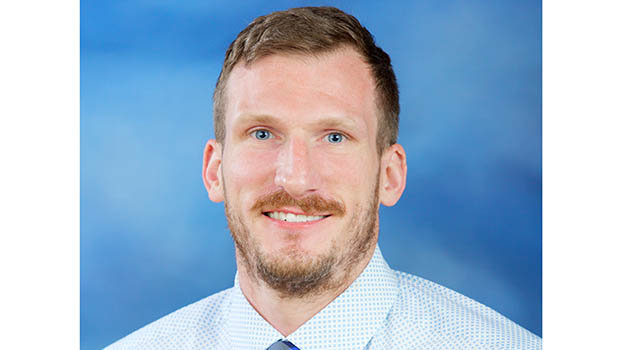 Dr. Andre Smyth will be stepping down as Cass County Medical Care Facility director at the end of December. (Submitted photo)

CASSOPOLIS — At the end of December, Dr. Andre Smyth, board certified family physician and geriatrician, will be stepping down as the medical director at the Cass County Medical Care Facility, as well as ending his tenure with the Cassopolis Family Clinic.

Smyth became medical director at the Medical Care Facility in January 2020, replacing Dr. Neil See, who became the medial director at the CCMCF in 1996 when Dr. Aaron Warren retired from medicine. Warren had been the director since in the 1970s.

Since 1964 the medical practice known as the Cassopolis Family Clinic has continuously served the residents of Cass and Southeast Berrien Counties. Throughout the years, the ownership of the practice has changed, as has the name. But one thing has remained constant — the dedicated Board of Directors, administrative team, providers and staff remain committed to growing and changing to meet the needs of the community.

Since the mid-1960s, physicians from the Cassopolis Family Clinic have also been providing medical care for residents of the Cass County Medical Care Facility, an 80-bed governmental facility located at 23770 Hospital Street.

Dr. Warren, who moved to the area in 1964, followed his patients who were admitted to the CCMCF nursing home for inpatient rehabilitation and long-term care. In the 1970s regulations for nursing homes changed requiring more physician oversight and Dr. Warren became the medical director as well as attending physician.

Dr. See joined CFC in 1975, seeing patients in both Cassopolis and Niles. He had a special fondness for seniors, and he began to see nursing home patients at CCMCF in Dr. Warren’s absence, and at three nursing homes in Niles as well. When Dr. Warren retired from medicine in 1996, Dr. See became the medical director and attending physician at CCMCF, with backup from Dr. Elizabeth Wetzel and Anna Matulewicz, AGNP.

Dr. See continued to care for patients at the nursing home until he fully retired at the end of 2019. Dr. Dr. Wetzel and Neil Bowman, FNP, served as Dr. See’s backup at the medical care facility.

“We felt this was a story to be told, and a time for recognition of the long-standing relationship between our organizations for over 55 years.” said Mary Middleton, chief executive officer of Cassopolis Family Clinic. “Dr. Warren, Dr. See and Dr. Smyth have taken care of thousands of nursing home residents over the years. It’s been a wonderful collaboration between these two community agencies who both take care of our loved ones, friends and neighbors. I’m sorry we are not able to continue to provide a physician to CCMCF at this time”

“The CCMCF hopes to remain connected with the Cassopolis Family Clinic through the vision of both agencies in caring for those in our community,” said Christian Lutes, executive director of CCMCF.