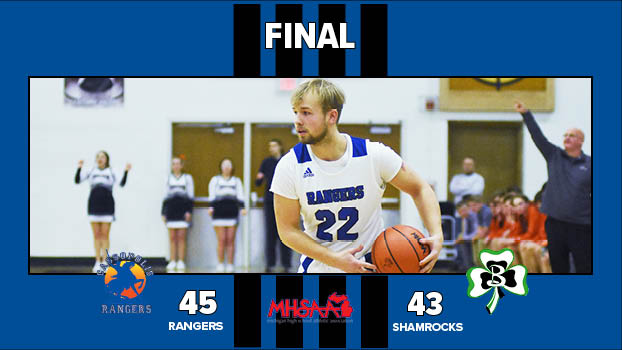 The Rangers built a 35-27 lead through the first three quarter and then had to withstand a fourth-quarter comeback by the Shamrocks, who outscored Cassopolis 16-10.

The visiting Rangers overwhelmed the Vikings in the first half, scoring 42 points while holding Bangor to just four points, including a shutout in the second half of its 66-12 Southwest 10 Conference victory.

Cassopolis (1-0 Southwest 10) led 66-6 heading into the final eight minutes of play. A majority of the second half was played with a running clock.

Kenny May and Goins scored a game-high 18 points to lead the Rangers. Pflug added seven points.

The visiting Tigers scored 32 first-quarter points as it rolled to an 85-33 Lakeland Conference boys basketball win over host Dowagiac Thursday.