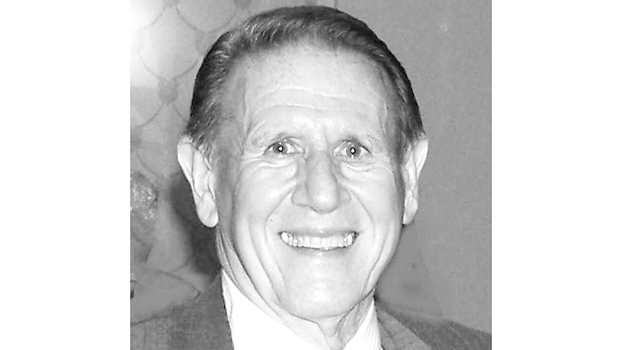 John George “Jack” Einhorn, age 86 years of Niles, Michigan, father, grandfather, brother, exacting engineer, farmer, golfer, and devout Adventist died peacefully at 9:22 p.m. on Friday, Dec. 16, 2022.
He was born on April 7, 1936, in Teutopolis, Illinois to George A. and Louise F. (Wirtz) Einhorn, and was graduated from Trinity High School in Bloomington, Illinois. He continued his education at the University of Notre Dame (Indiana), earning a Bachelor of Science degree in Mechanical Engineering in 1959. While at Notre Dame, he participated in the United States Army Reserve Officer Training Corps. He began his career with the Bendix Corporation automotive division in South Bend, Indiana, and for many years managed Bendix’s world-class proving ground at New Carlisle, Indiana. He then spent several years at Bendix’s city plant dynamometer lab before retiring in 1995.
While serving Bendix, he also owned and operated an asparagus farm, providing fresh produce to family, friends and co-workers, and selling to Shelton’s Farm Market and Villwock’s Farm Market. In “retirement” he partnered with his son to form “Capshack.com” selling “the best licensed leather sport caps on Earth” from 1997 until 2002.
Jack was a longtime member of the Niles Westside Seventh-day Adventist church, where he also served as both a deacon and elder, and on the church planning and special event committees. He volunteered with a food distribution pantry in Berrien Springs, and the Jubilee organization in Dowagiac.
As a young father, he and his wife were active in their children’s activities including the 5-H 4-H Horse Club, starting with a home-made horse trailer to transport horses, kids, and equipment to practices and events including the Cass County Fair. The kids learned how to harvest asparagus using the – again, home-made – 4-person motorized harvesting cart, and helped to maintain a large garden including precision planted and watered sweet corn, resulting in fresh ears of corn weekly through a long season.
He was an avid golfer, first competing with the University of Notre Dame team, and then many years participation with the Bendix golf league. He was quite faithful to watching the Notre Dame football team, was a fan of the Chicago Cubs baseball team, and developed a special relationship with the Purdue University women’s basketball team, traveling to many away games, and to the Big Ten tournament.
In addition to the metal welding and machining tools in his home shop, he enjoyed his woodworking shop where he was skilled with carving tools including a router with which he made artistic nameplates in oak. An important part of his home was his pet dogs, a pair of German Shepherds named Rocky and Shilo, who followed an exact timetable including two daily walks, and a feeding schedule.
On April 11, 1959, in Bloomington he married the former Glory Lee Maager with whom he celebrated the remarkable Sixtieth Anniversary of their wedding just months prior to her death on July 6, 2019. They were sadly preceded in death by the tragic accidental death of their son, Paul Lee Einhorn on May 20, 1995; and by two infant sons, Michael and Stephen; and by Jack’s sister, Lucy Biel who died in August of this year.
Surviving family includes their children, John D. (& Roxanne) Einhorn of Plymouth, Indiana, Catherine (& Stephen) Wright of Niles, and Maria L. Einhorn of South Bend; grandchildren Casandra (& Weslee) Ennis, DVM, Mark (& Kayla) Einhorn, Gregory (& Heather) Wright, Karla Wright, Arthur (& Tiffany) Smith, and Thomas Stears; great-grandchildren Caiden Einhorn and Elizabeth Smith; and Jack’s sister, Mary Leitz of Evanston, Indiana, and several nieces and nephews.
The funeral service for Jack Einhorn will be at Noon on Thursday, Dec. 22, 2022, at the Niles Westside Seventh-day Adventist Church, 1105 Grant Street in Niles with the retired Pastor Paul Pellandini officiating. Committal will follow at Mission Hills. The services will be available or via the livestream on the Halbritter-Wickens Facebook page: https://www.facebook.com/halbritterwickensfuneralservices/.
The family will receive relatives and friends on Wednesday from 5 p.m. until 8 p.m., at the Halbritter-Wickens Funeral Home, 615 East Main Street in Niles, and on Thursday at the church beginning at 11 a.m. Contributions in memory of Jack may be made to the Humane Society of Southwestern Michigan Yeager Family Pet Shelter, 5400 Niles Road, Saint Joseph, Michigan, 49085; https://humanesocietyswm.org/. Online condolences may be left at:
www.halbritterwickens.com
Jack really liked accuracy and precision as an engineer and farmer, and also on the golf course – valuing the short, well-placed shots that won over the strong, long shooting competition; and his dogs knew when they would be fed, and who would be fed first. But more than that, he loved people, through the ministries of the church, through the care of his children and Glory, all bearing testimony to the command to Love God and Love People.