One sent to hospital in Milton Township crash 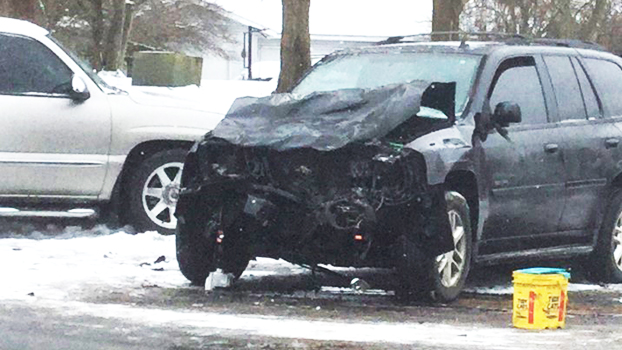 EDWARDSBURG — A two-vehicle accident on Redfield Street east of Batchelor Drive in Milton Township sent one to the hospital Saturday afternoon according to the Cass County Sheriff’s Office.

Deputies responded for the crash, which occurred at approximately 12:30 p.m.

Investigation showed Shawn Bennett, 35, of South Bend, Indiana, was traveling westbound on Redfield Street. Bennet also had Karen Bennett, 63, of Mishawaka, Indiana, in the vehicle at the time of the crash.

Kyle Rohdy, 35, of Dowagiac, was traveling eastbound on Redfield Street.  Shawn Bennet lost control of the vehicle and traveled into the oncoming lane of traffic colliding into Rohdy.

Seatbelts were worn at the time of the crash. Alcohol nor drugs are considered as a factor in this crash. Karen Bennett was transported by SMCAS Ambulance, to South Bend Memorial Hospital, for her injuries.