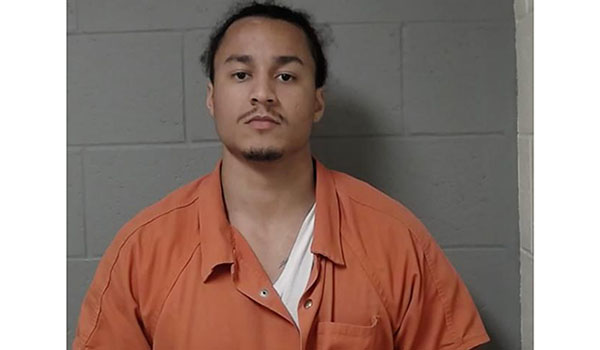 CASSOPOLIS – A Vandalia man is going back to prison after violently assaulting the woman he met online earlier this year.

Zachary Ryan Williams, 26, of Vandalia, pleaded guilty to armed robbery causing serious injury, assault with intent to do great bodily harm less than murder or by strangulation and unlawful driving away of an automobile and was sentenced to concurrent prison terms Friday in Cass County Circuit Court.

He has credit for no days served as he was on parole at the time of the incident. The new sentences are concurrent but consecutive to any sentence he receives for the parole violation.

The incident occurred July 26 near Vandalia. He is on parole from a April 2019 prison sentence for assault by strangulation or suffocation against a different victim. He was also sentenced in March 2021 to jail for tampering with electronic monitoring.

Cass County Prosecutor Victor Fitz read a statement from the victim in this case. The 23 year old woman lives in Kalamazoo and was present in the courtroom.

In the statement, she recounted how she had met Williams on the Tinder website and he assaulted her on their second date. “I was taking him home to Vandalia and he asked me to run away with him to California,” she said. “I kept saying no to his requests to go back home (to Kalamazoo).”

She said he told her he wanted to talk and first took her to a bridge over a river before directing her to drive down a dead end road. They talked for a while before he got out and dragged her out of the car and savagely beat her.

She said he punched her, hit her in the head, assaulted her with an ice scraper and choked her before leaving her for dead and taking her car. The woman was unconscious for a while but was able to get help from a nearby residence.

“He tore my forehead apart until you could see my skull, I was unrecognizable,” she said. “… I still feel bad for those people who helped me, I probably scared them but they saved my life.”

She was taken to a hospital in Elkhart before being transferred to Kalamazoo. She ended up being in the hospital for six days and then at home with her family another week before moving back to her apartment.

“Zachary Williams did this to me, he ruined my life, my mind and my body,” she said. “I am completely traumatized, I cry myself to sleep. It’s hard to escape the consuming thoughts of what happened that night … I am on a healing journey … I am a survivor, I fought to still be here.”

The woman said she understood the plea deal with dropped the more serious charge of assault with intent to murder but asked the judge to remember that Williams fled thinking he had killed her. “He is a monster and needs to be treated as such,” she said.

“She is just a radiant young woman and there is a spark about her and a strength that really got her through this,” Fitz said. “The plastic surgeons did a wonderful job, she’s a beautiful young lady … I know this will be with her for many many years, but she is a strong survivor.”

He noted Williams’ past assaultive history and called his actions here “an evil, evil act.”

Williams said he was sorry for his criminal actions and the impact they had on the victim. “I ask for your mercy, I ask you to please forgive me,” he said to the victim. “… From the bottom of my heart I wish this happened to me and not you.”

Cass County Circuit Judge Mark Herman said Williams has to look deep inside himself if he wants to change. “We don’t ever give up on anybody, but we don’t have a magic wand,” he said. “You have to change yourself. We would love nothing more but for you to change and become a productive member of society.”