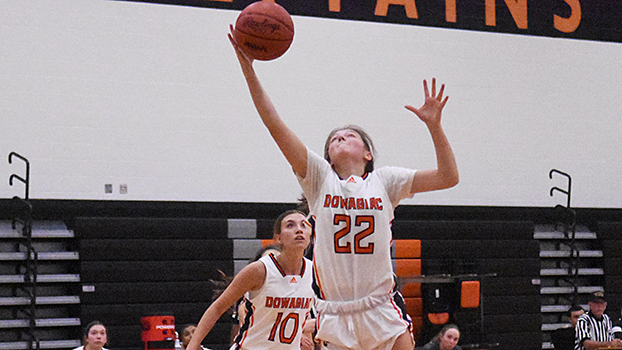 The Rangers, who dropped their season opener, remained red-hot with a 39-29 win over Berrien Springs.

Cassopolis (4-1) led just 6-4 after one quarter, but scored 33 points over the final three quarters to pull away to the victory. The Shamrocks, who trailed 17-16 at halftime, scored just 13 points in the second half as they dropped to 2-4 on the season.

The Chieftains were unable to control Central Michigan-bound Desrae Kyles in a 55-37 loss to Benton Harbor in Lakeland Conference action Thursday night.

Kyles scored a game-high 27 points to lead the Tigers, who improved to 2-0 on conference games.

“Tonight was a very difficult night for us offensively in the first half,” said Dowagiac Coach Jason Turner. “We went 1-for-12 from the free throw line in the first half and missed a lot of fast break layups. I told the ladies that sometimes we just have bad nights and shots don’t fall. Tonight, in the first half that was one of them. We played a much better second half and we need to move past tonight and be ready for them next time.”