Chieftains, Vikings battle comes down to one match 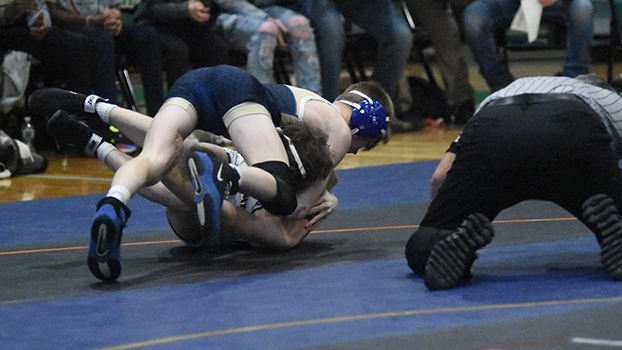 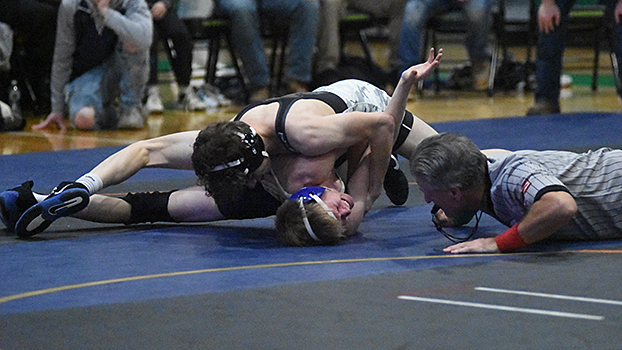 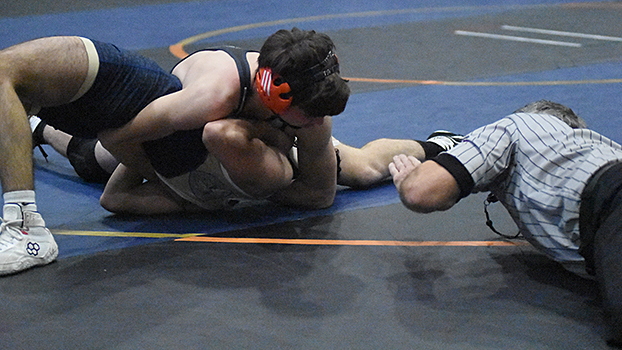 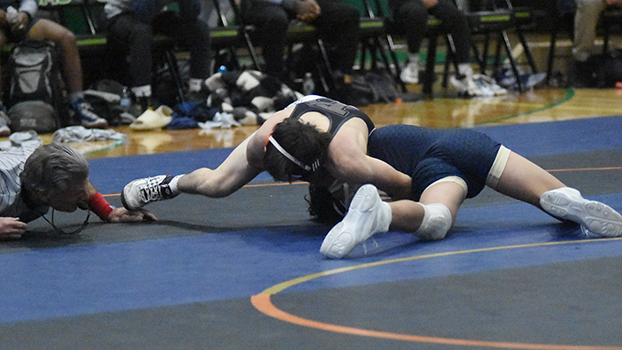 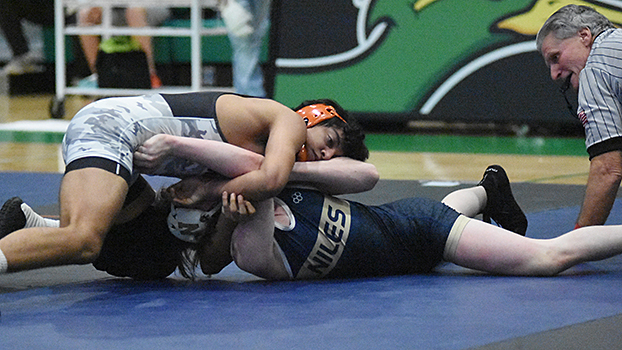 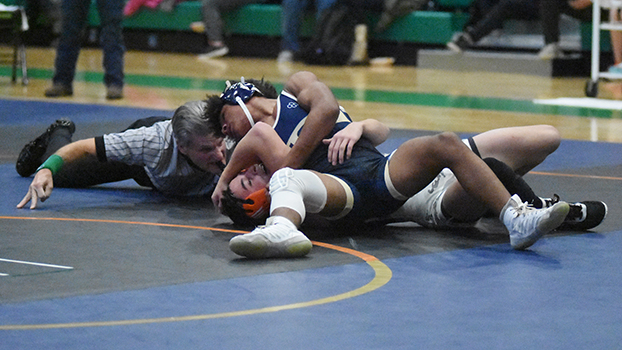 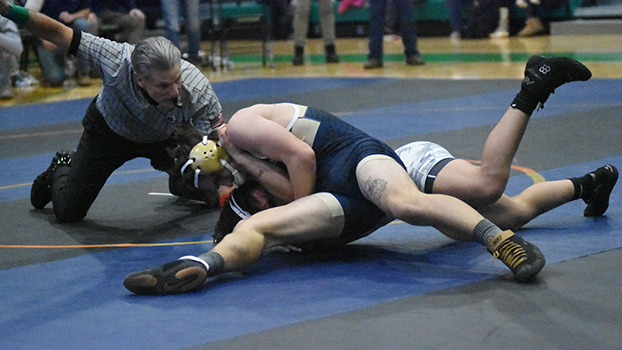 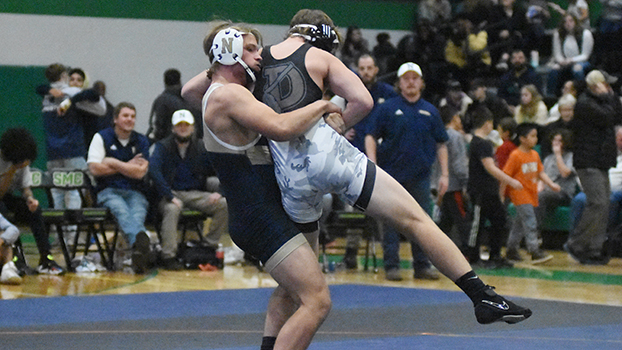 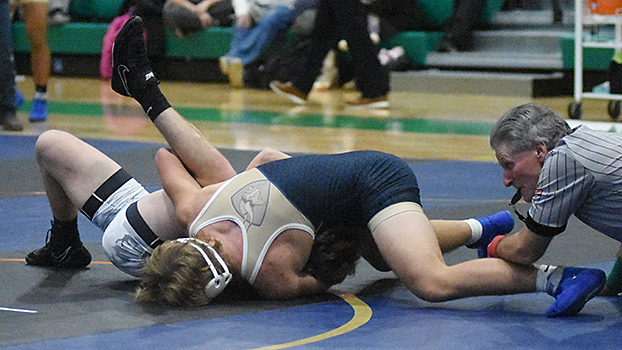 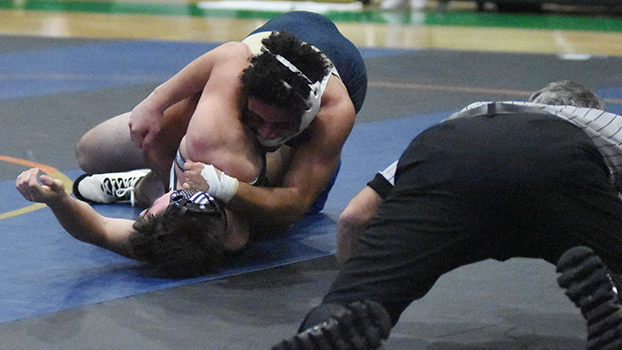 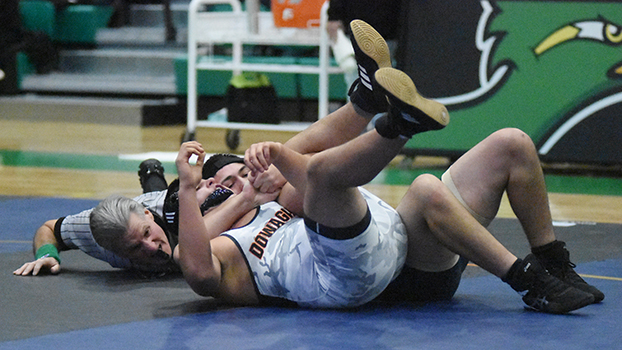 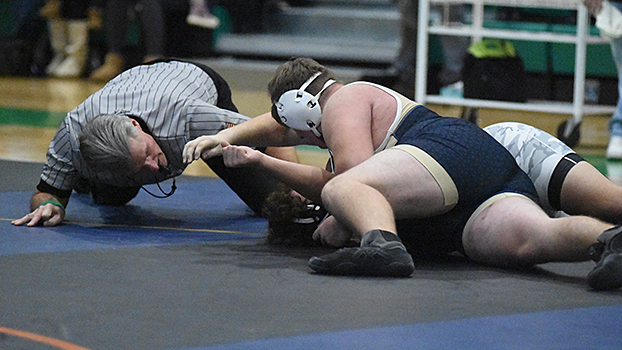 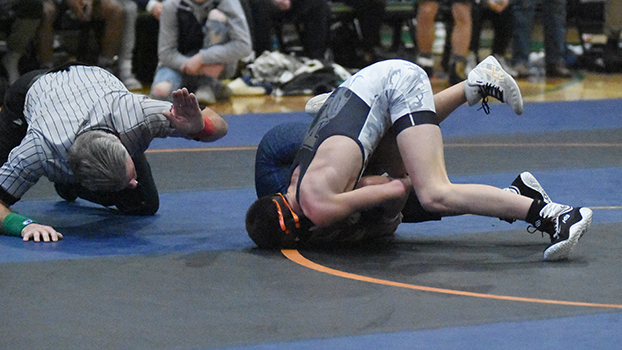 DOWAGIAC — The inaugural Black & Blue on the Mat wrestling match at Southwestern Michigan College’s 1st Source Bank Fieldhouse was not one for the faint of heart Wednesday night.

The Chieftains, who were the visitors in the non-conference match, used a forfeit and five consecutive pins from 113 to 145 pounds to build up a 36-0 lead on the Vikings.

Niles would win the next seven matches, two by decision and five by pins to tie the match at 36-36 heading into the final bout of the night at 106 pounds.

That left the decision up to Dowagiac junior AJ Munson and Niles freshman Korbin Hughes. Munson used just 52 second to pin Hughes and give the Chieftains the emotional victory over the rival Vikings, and the win in the first Blue & Black match.

“it ended up coming down to the last match with a nice exciting finish,” said Dowagiac Coach Colin Burandt. “We was a good dual overall. It was pretty even.”

Burandt said he expected to get the pins at the beginning of the match, which was important for Dowagiac in building its lead before Niles got to the heart of their order.

“It is kind of how our lineup is build,” he said. “We are really tough in the middle. We are young underneath and up top. We know we have to handle our business in the middle to score our points, and then up top and down low, we have to do our job and make sure we are not giving up those points.”

Burandt said he had all the confidence in the world when the match was put in the hands of Munson.

“Depending on the [coin] flip, there were a couple different moves we could have done,” he said. ‘I decided to go one way and it worked out. You bet on your ‘A’ kids.”

After Markus Ottinger received a forfeit at 113, Nicholas Green, Cody White, Dustin Sirk, Israel Villegas and Zachary Schultz all recorded pins. Green’s pin came at the 5:46 mark of his match, in which he was trailing throughout most of it.

Ivan Gonzalez stopped the Dowagiac run at 150 pounds as he came up with a pin to make it 36-6. Back-to-back decisions by Erza Vance and Julian Means-Flewelling picked up decisions on both sides of Sam Rucker’s pin at 165 pounds.

Niles finished off its run with pins from Ronald Fielder, Jimmy Gaya and Chase Brawley. Brawley’s pin tied the match at 36-36.

As if getting a win over the rival Vikings was not enough, Burandt was more than pleased to have beaten brother Casey Burandt, who was filling in for Niles Coach Jim Hein.

“Fantastic, but that is par for the course,” he said.

Dowagiac headed to Williamston for an invitational on Saturday, while Niles travels to South Haven.