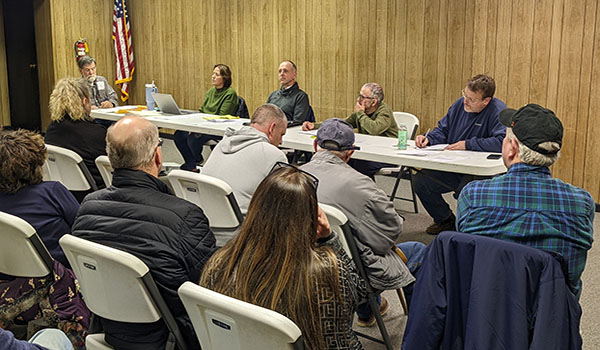 PENN TOWNSHIP — Penn Township residents are speaking out about the impact local marijuana grows are having on the community.

Monday evening, the Penn Township Board of Trustees met for its regularly scheduled meeting. During the public comment portion, several community members shared their thoughts about marijuana plants grown near Donnell lake and its health and economical ramifications on the community.

Community members claim current grows are in violation of the ordinance, which states “marijuana establishments shall prevent smoke, odors, debris, dust, noise, lights, glare, heat, other emissions or discharge from interfering with the reasonable and comfortable use and enjoyment of another’s property.

“Whether smoke, odors, debris, dust, noise, lights, glare, heat, other emissions or discharge interfere with the reasonable and comfortable use and enjoyment of property shall be measured against the objective standards of a reasonable person of normal sensitivity.”

Before opening the floor to public comment, Penn Township Supervisor Oli Olafson spoke for approximately 20 minutes about a variety of topics related to the marijuana industry, including the financial advantages the township sees from tax revenue.

According to Olafson, the tax revenue generated by the approximately eight grows in the township was just under $300,000 for the township, which has gone toward projects including speed limit signs, a new fire station, pickleball courts, roads and more.

“We are not a wealthy township,” Olafson said. “We have the lowest tax rate in this county. You guys pay 0.6 mils; It is extremely low. We pride ourselves on our low taxes, but if another big problem happens, we’re in the red… But nevertheless, we were tight on funds. We had a chance to opt into a marijuana… We paid for this all without one penny raised in taxes. Without one penny donated from this community.”

Locals such as Sheila Witous believe that a lack of ordinance enforcement is having a negative effect on  air quality, quality of life, property values and resources.

“To be clear, we are not against marijuana,” Witous said. “We are against marijuana farms adjacent to densely populated areas because of the public nuisance smell they create for months at a time during the most favorable time of the year. We are also against unlimited grows in our Township. There needs to be some restrictions.”

Olafson said that enforcing and regulating marijuana is the state’s responsibility, not the township’s.

Members of the audience responded by saying had the township been more transparent about the state of township funds, they would have been to options such as tax increases or fundraising to address township financial issues.

Olafson said that the board and the township attorney, who was present for the meeting, would review questions and concerns from residents and create a report that would be available in approximately 60 days.

“It is our hope that our elected community leaders will come to understand how adversely this public nuisance smell impacts the quality of life of our neighborhood,” Witous said. “It is also our hope that they will put their conflict of interest aside and agree to meet with community leaders to forge a path ahead that takes into account the needs of all community members and not just a select few.

“We don’t need to hear more of Oli’s filibustering, we need to see that our concerns are being addressed.” 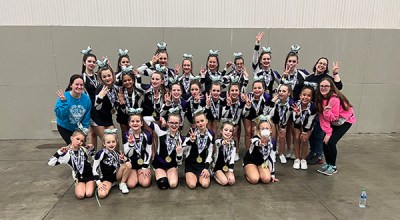