Dowagiac flag in contention for best in North America 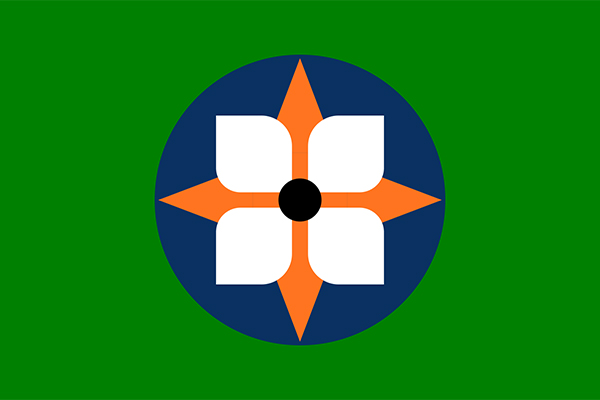 DOWAGIAC — Dowagiac’s new city flag is being recognized for its design as part of a nationwide poll.

The flag is in contention for the 2022 Urban Life Signs North American City Flag Tournament, an expansive Twitter poll aiming to find the best city flag in North America.

The contest is the brainchild of San Francisco city planner Brian Stokle, who was inspired by both the North American Vexillology Association’s 2022 New American City Flags Survey and the Flag Institute’s World Cup of Flags 2022 to create a Twitter tournament pitting 80 U.S. and Canada flags against each other to determine the best municipal flag in North America created since 2000. The Dowagiac flag, having been adopted in June 2022 and listed on the NAVA website, made the cut.

Through the competition, Stokle aims to bring awareness to great flag designs as well as his own redesign of the San Francisco flag.

Dowagiac, which faced off against Des Moines, Iowa, Madison, Wisconsin, and neighboring South Bend, Indiana in Monday’s Midwest Division Poll, took first place with 46 percent of the votes. It is currently leading a field consisting of Des Moines, Duluth, Minnesota, and Wheeling, West Virginia with 41 percent of the vote as of 3:30 p.m. Tuesday. The poll closes at noon Wednesday.

“That was a huge victory because of (South Bend) being close by and so much bigger,” said Greater Dowagiac Area Chamber of Commerce Membership Coordinator Eileen Crouse, who helped oversee the design of the city flag. “I feel pretty great that a town of our size is in there with pretty big cities.”

The Dowagiac flag features a white dogwood flower with a black center over an orange four-pointed star in a blue circle on a green field.

The orange, four-pointed compass star, which was chosen to represent the diverse people who came to Dowagiac from all points of the compass. Each point of the star represents a significant element of Dowagiac’s history and industry – the Michigan Central Railroad, the Colby Mill, Round Oak Stove Company and Heddon Lures.

The central elements of the flag are surrounded by a blue circle, representing the Dowagiac River, Dowagiac Creek, Mill Pond and the Great Lakes. The background color was chosen to be green as a symbol of the agricultural roots of the area. The three main colors – orange, green and blue – also signify the city’s three wards.

While it was not love at first sight, Stokle said he “fell in love” with Dowagiac’s flag design the more he looked at it, stating its simplicity and abstractness was “beautiful” and “thoughtful”.

“It’s a fascinating flag because at first glance it just looks like a graphic arts geometric thing, but it’s almost like it hypnotizes you with its layering… It’s so simple in its look.”

Crouse is excited to see the flag recognized by people across the country for its creativity.

“It was a hope of mine,” she said. “In my correspondence with NAVA representatives, they said they’ve seldom seen such a well-executed flag in terms of symbolism. One could argue there are prettier flags out there but that is a matter of personal tastes. The thing that is almost irrefutable about our flag is that the symbolism of our flag is second to none.”

Stokle has enjoyed getting to know each participating community through its flag.

“I didn’t know about Dowagiac before and now I do,” he said. “Hats off to the community for developing and adopting it.”

Crouse asks the Dowagiac community to support the flag in the contest, which can be found on Twitter using the hashtag #cityflagstourney22.

“Wouldn’t it be great to be top 3,” she said. “I think Dowagiac has the kind of energy to get behind this and beat bigger cities to become a David versus Goliath… It would be great to be voted the best. We worked really hard on this for a long time.”