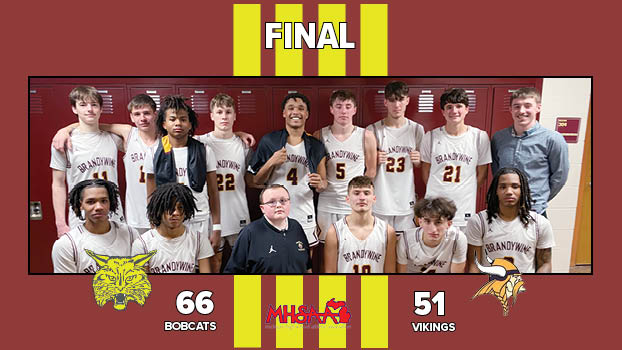 The Bobcats improved to 3-0 with a 66-51 non-conference win over Bronson.

Brandywine jumped out to a 23-11 lead, but had to withstand a strong second-quarter comeback by the Vikings, who outscored the Bobcats 19-8, to cut the lead to 31-30 at halftime.

Brandywine regrouped during the intermission to take control of the game once again. The Bobcats scored 21 points in the third quarter, while holding Bronson to seven points.

Leading 52-37 heading into the final eight minutes of play, Brandywine was able to keep a comfortable distance between itself and the Vikings.

Jaremiah Palmer led the Bobcats and all scorers with 19 points. Brandywine also got 13 points from Byran Linley and 10 points from Jamier Palmer.

The Bobcats are back on the hardwood Friday night as they travel to Buchanan to face their arch rivals in a key Lakeland Conference contest.