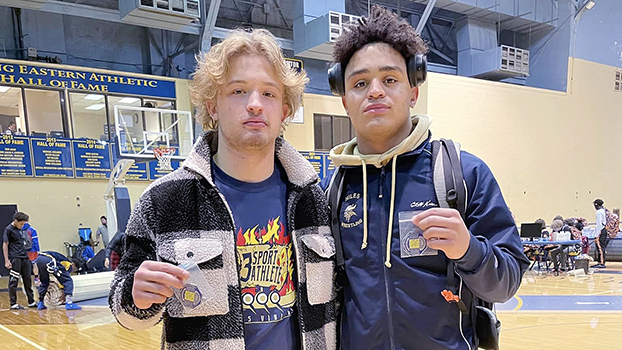 VICKSBURG — Both Dowagiac and Brandywine went 3-2 at the Vicksburg Invitational Saturday.

The Chieftains will face host Niles in a non-conference match to be hosted by Southwestern Michigan College in the 1st Source Bank Fieldhouse Wednesday, while the Bobcats will host a wrestling quad. Both are scheduled to begin at 6 p.m.

Lake Fenton was the team champion with 211 points, while the Vikings finished with 113.5 points.

Hudson Area was the team champion with 248.5 points. The Eddies finished with 126 points.

Nathan Andrina was the runner-up at 165 pounds, while Caden Manfred (120), Braden Lundgren (132) and Andrew Harris (285) finished third for the Eddies.