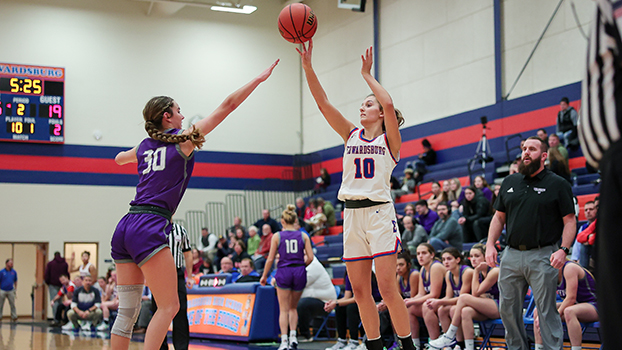 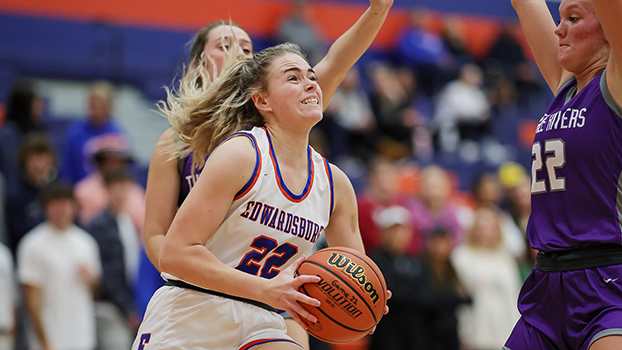 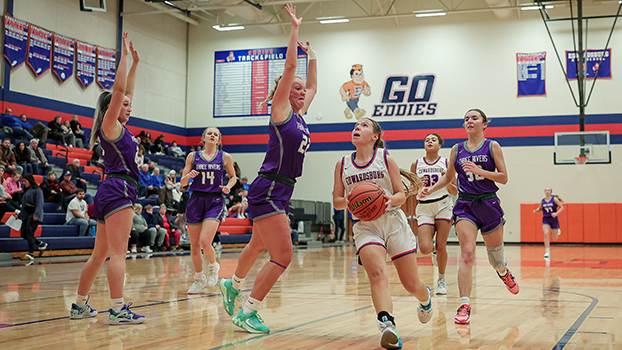 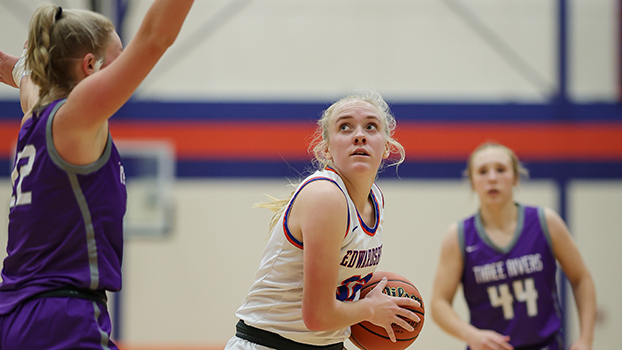 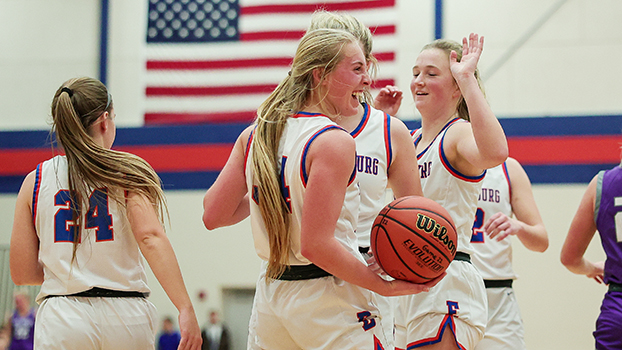 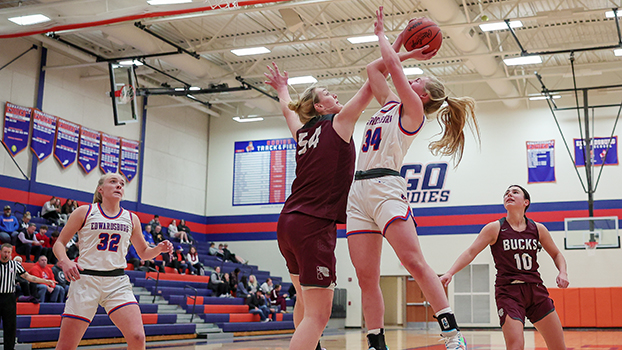 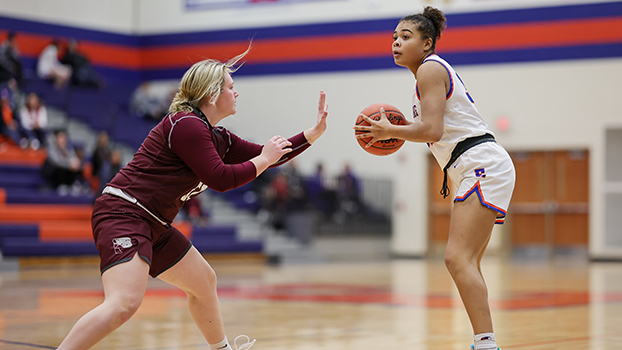 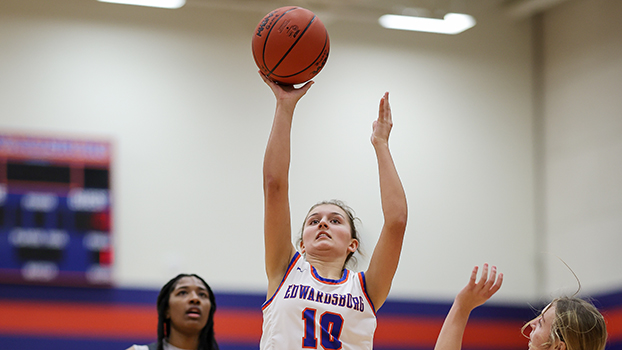 Edwardsburg sophomore Madelyn Pobuda (10) shoots a jumper in the lane in a matchup with Buchanan. Leader photo/JEFF DOUGLAS 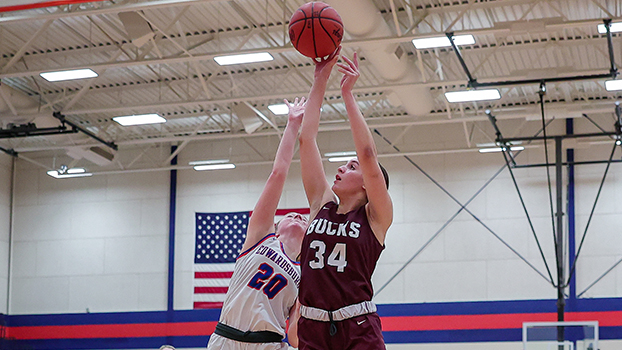 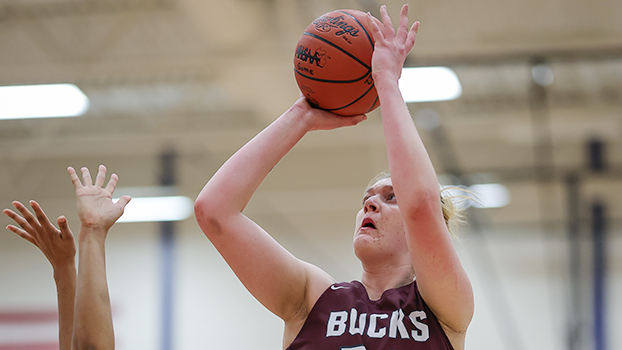 Buchanan senior Faith Carson goes up for two of her game-high 22 points in a win over Edwardsburg. Leader photo/JEFF DOUGLAS 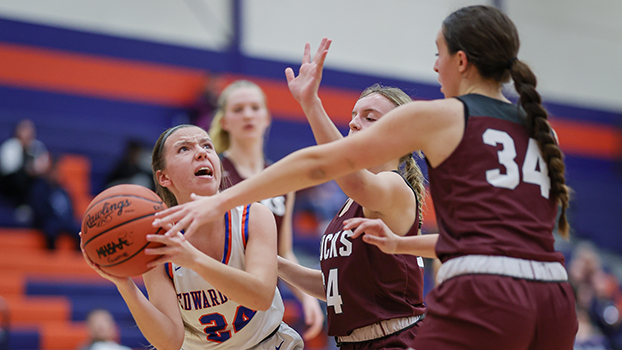 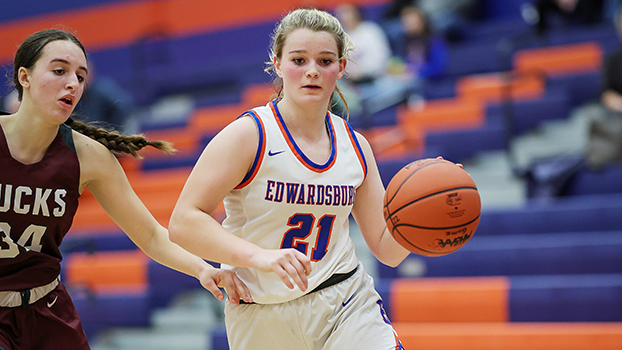 The Eddies dropped a 63-42 non-conference decision to visiting Buchanan Wednesday, night, but rebounded to blow out Three Rivers 68-44 in a Wolverine Conference contest Friday night.

The Bucks got off to a quick start and rolled to a 63-42 non-conference girls basketball victory Wednesday night.

Buchanan jumped out to a 17-5 lead after one quarter and never looked back. The Bucks led 31-16 by halftime and 52-29 heading into the final quarter.

Averie Markel led the Eddies with a game-high 16 points, while Caitlin Tighe finished with 15 points and Abby Bossler 10.

The Bucks (3-1) opened up Lakeland Conference play with a 45-30 win over host Benton Harbor Friday night.

LaBria Austin and Hannah Tompkins both scored 16 points to lead the Bucks.