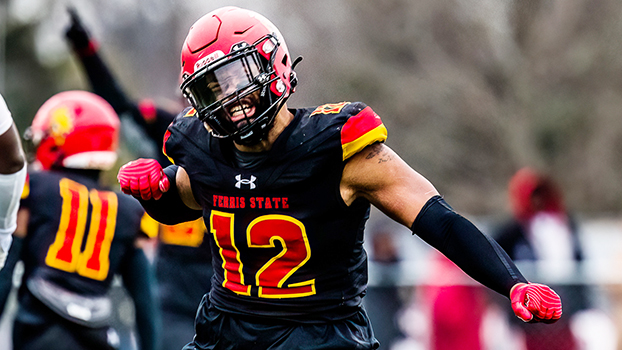 Sunday, following the Bulldogs’ 38-17 win over the University of West Florida in the Division II National Semifinals, Murphy was announced as the Marcus Martin Award winner for the best defensive lineman in Division II.

Murphy leads the nation with a National Collegiate Athletic Association 25.5 sacks and leads the country with 37.5 tackles for loss. The junior defensive end helped the Bulldogs section their second consecutive trip to the Division II National Championship Game Saturday in McKinney, Texas with a key four-down tackle for loss and a sack, which caused a fumble that Ferris State record to help seal the victory.

Martin, who played at Slippery Rock University, won the Gene Upshaw Award for the top defensive lineman in Division II in 2017 with a record 73 percent of the vote. He was also the first Division II player to be a finalist for the Ted Hendricks Award.

Murphy was named the winner of the Upshaw Award last week, as well as being named one of five finalists for the Hendricks Award.