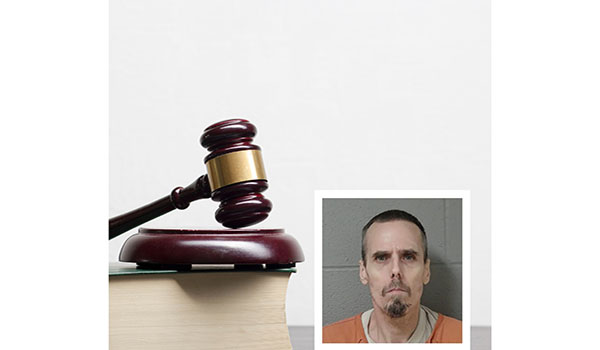 CASSOPOLIS —A Dowagiac man already in prison in Indiana and on parole in Michigan was sentenced to more prison terms Friday in Cass County Circuit Court.

That incident occurred Sept. 20, 2017 near Cassopolis when he and another person broke into a barn to steal gas after running out of gas in their car. The other person assaulted the homeowner when confronted and they both fled the scene. The co-defendant was caught while Mosier wasn’t arrested until some time later.

He was also sentenced to 34 months to four years in prison for the tampering with an electronic device charge. That incident occurred Aug. 4, 2017 near Dowagiac when he cut off his electronic tether.

He has credit for two days served and must pay a total of $3,872 in fines and costs. The sentences handed down Friday are concurrent with each other and with the sentences he’s serving in Indiana. The Indiana sentences are from 2018 incidents in Elkhart County.

The sentences handed down Friday are consecutive to any parole violation sentence he may get from 2012 convictions for drugs, witness retaliation and weapons.

“He has repeatedly thumbed his nose at the courts and the law,” Chief Assistant Prosecutor Mary Foster said. “He tampered with his tether while on parole. Much of his behavior is due to substance abuse.”

“I just would like to say that I sincerely apologize to Mr. Francis (the homeowner), I take full responsibility for my actions,” Mosier said. “This is unacceptable behavior. I don’t come from a background like this, my family are good people. When I’m sober, I work hard.”

“I’m continuing with programs for treatment and I also want to act as a mentor when I get out,” he added. “I really just want to get another chance at life and once again be a good person.”

Cass County Circuit Judge Mark Herman noted that he has known Mosier for a lot of years. “I’ve known you for a lot of years since juvenile court,” he said. “It is so obvious to me that it was the drugs. You went on quite a crime spree in 2017 and 2018.”

“You have a good family and you’re a good worker when you’re not on drugs,” he added. “You’ve been involved in the well drilling business. Here, you went to the well one too many times when it comes to drugs … You really do have a lot of potential. I just hope you take everything in stride and get it behind you.”