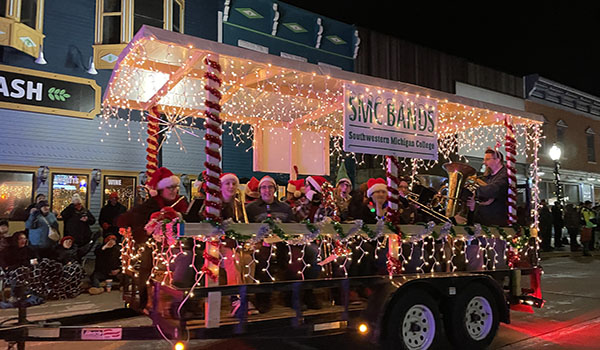 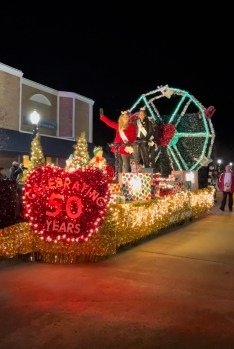 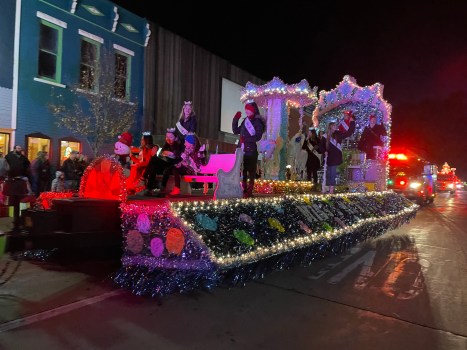 DOWAGIAC — The city of Dowagiac shut down Front Street and visitors from across southwest Michigan lined the sidewalks, cup of hot cocoa in hand, in order to experience some homegrown Christmas magic Friday night.

The Greater Dowagiac Chamber of Commerce hosted its annual Candlelight Christmas Parade Friday. Kicking off at 7 p.m., the parade featured more than 100 floats and units. Heralded as one of the largest Christmas parades in southwest Michigan, it featured many floats, including the Miss Dowagiac Court of Honor, Southwestern Michigan College, Hidden Acres Safe Haven and many more.

In addition to the parade, visitors to downtown Dowagiac Friday evening frequented stores such as Deck the Halls, Cottage Gallery, OH MY Old Made New, Caruso’s Candy & Soda Shop and more, which were open late for guests to do some Christmas shopping.

“This event has taken on a different role than it has in the past for us,” he said. “It was always a traffic situation that we always looked at and now we have to look at a little bit more of a security aspect along with the traffic. We put a lot of effort into that and I think it went pretty smooth.”

According to Dowagiac Fire Chief Anthony Stewart, the parade drew an impressive number of people to downtown Dowagiac.

“From what I noticed, this was one of the largest parades that I’d ever witnessed downtown,” he said. “It was packed from the storefront to into the street. I personally have never seen downtown so packed and it was a pretty cool feeling driving to the parade; there were so many units in the parade this year people were actually commenting on how big the parade was and driving through the parade had that hallmark Christmas movie feel to it, so it was really cool to be a part of that.”

Both Grinnewald and Stewart said that a lot of work goes into ensuring the Christmas parade is safe and successful year after year.

“We start planning this and start having meetings probably in September,” Grinnewald said. “We start putting out feelers in August and I get into September where we start having our first couple of meetings and then we meet a few times up to parade time.”

“We look forward to that every year,” Stewart said. “A lot of people just show up and they watch the parade but there’s weeks and weeks and months and months of planning to make this happen to make sure it’s safe for everybody. There’s a whole lot more to it than just putting a float in the parade… The parade itself takes about an hour, but if you added up the hours and the planning that it takes, it’s pretty intense on what we have to do to make sure that it’s safe for everybody.”