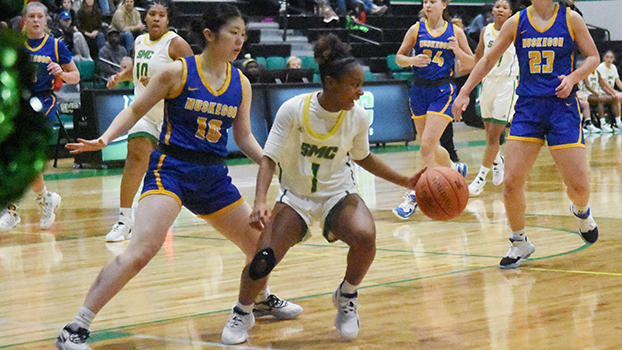 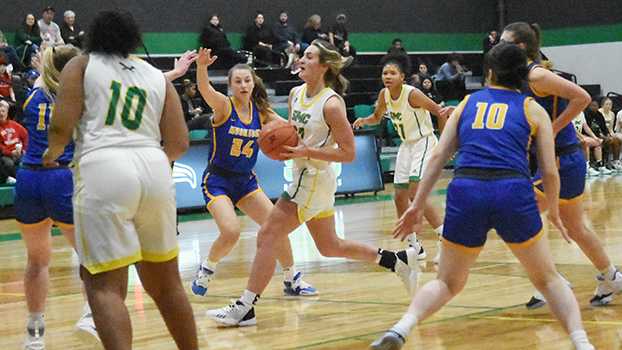 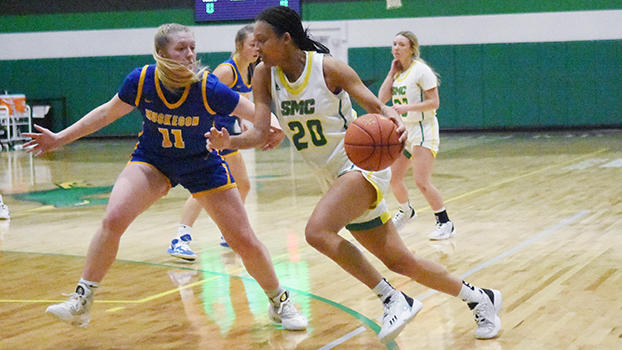 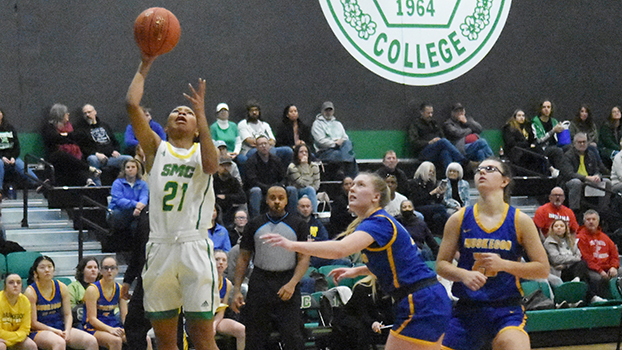 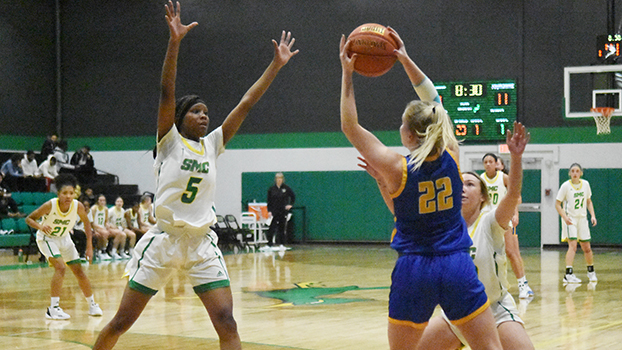 DOWAGIAC — The Southwestern Michigan College women’s basketball team has won six out of its eight games this season, including three straight.

Southwestern Michigan (6-2) beat the Jayhawks, who were picked to in the MCCAA’s Northern Conference this season. The Roadrunners jumped out to an 18-11 lead after one quarter and then held off challenge after challenge by Muskegon (4-3) over the final three quarters.

Southwestern Michigan led 32-22 at halftime and 46-40 heading into the final 10 minutes of play.

Roadrunners’ Coach Jeanine Wasielewski said she has developed a team that can face adversity and perseveres.

“We built ourselves for that if you look at the work we put in in October when we went to some jamborees to play against bigger, strong and more experienced teams,” she said. “We have had foul issues, so we have lineups that we can go to when that happens, and our team does a good job responding to that.”

The Roadrunners certainly faced foul issues against the Jayhawks, as they were whistled for 25 fouls and had three players with four fouls and four players with three fouls by the end of the contest.

Still, Wasielewski’s team did not panic, which allowed it to fend off Muskegon in the final 10 minutes of the contest. She also felt that foul trouble may have helped two of her players to be fresh when she needed them the most.

“As bad as the foul trouble was, Tori [Eldridge] and Macey [Laubach] ended up resting that whole time. So, I think some of that run we were able to make at the end had to do with how rested they were.”

Wasielewski also likes how confident her team played. There was no panic in the Roadrunners as the time ticked away and the Jayhawks cut down the lead.

“They know where to get their shots,” she said. They know who and where and what we are looking in the offenses. What I think you get out of this is the next level of confidence that you need to have as a team. This is a legitimate, competitive win on the board now against an evenly-matched team. We still have a lot to work on. We still need to move our feet better on defense and we had to box out better.”

Southwestern Michigan wraps up its home stand with a non-divisional game against Henry Ford College Wednesday night. Tipoff is set for 6:30 p.m.