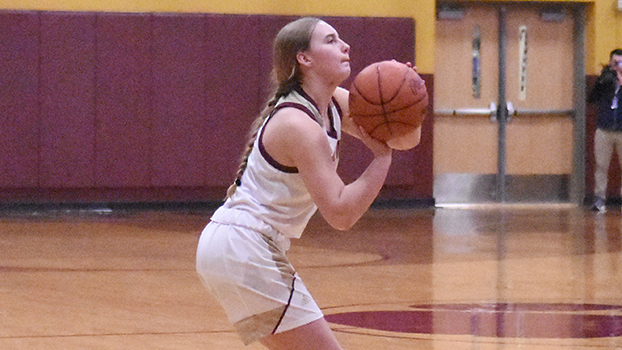 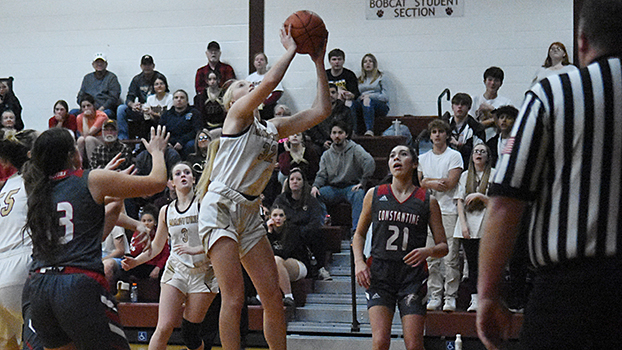 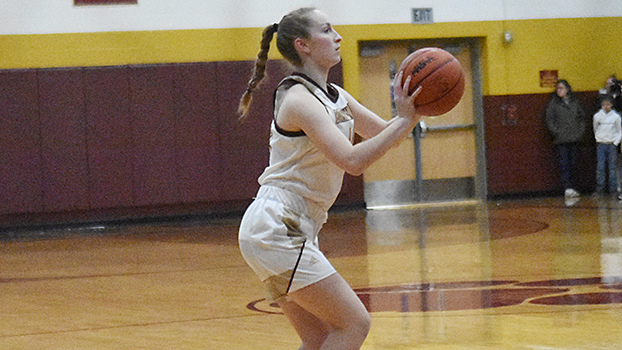 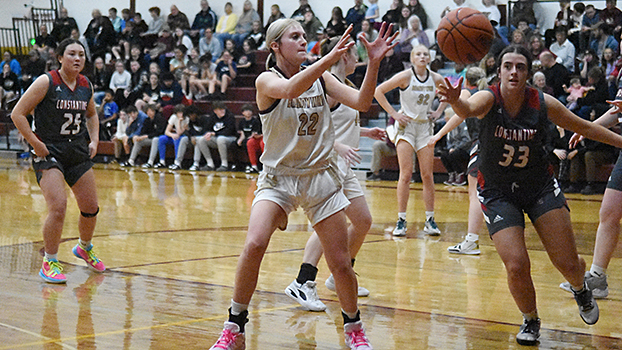 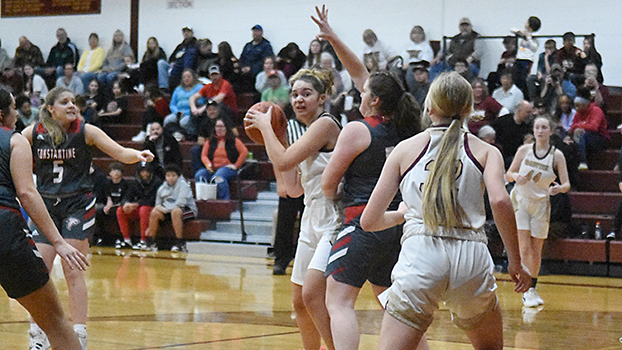 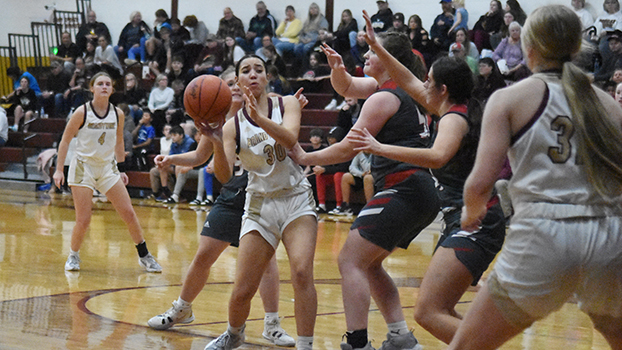 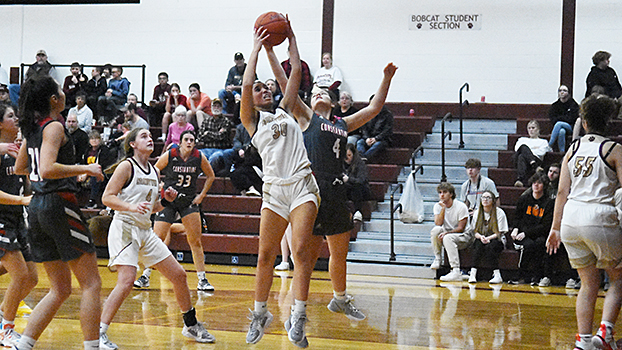 NILES — Two games and two lopsided wins to open the 2022-23 season would make one think that the Brandywine girls basketball team is firing on all cylinders already.

But according to veteran Bobcats Head Coach Josh Hood, his team is still a work in progress. This is partly because Brandywine will be without All-State point guard Ellie Knapp until at least mid-January.

The Bobcats rolled to a 61-25 non-conference win over Constantine on Friday night. Brandywine did some good things, while Hood said work still needs to be done in other areas of the game.

“Let’s face it, anytime you lose a first-team all-stater at the beginning, who kind of gave us our defensive pressure at the point and was our leading scorer and led us in steals, that’s a big loss,” he said. “It is terrible that Ellie is out, but we are going to get better until she gets back, and we are going to get her back this year. I am fully confident in that.”

Brandywine (2-0), like in its season-opening win over New Buffalo on Tuesday, jumped out to a big lead and then worked on things that it will need to be better at as the schedule gets tougher down the road.

“We are a work in progress because we are still learning,” Hood said. “Miley Young, she won’t, oh and ah, everybody with her points, but she played her best game tonight. She is our catalyst on defense. She is up on the ball, and she distributed the ball well and had a bunch of assists. She had no fouls, and she was all over the place.”

Hood said that on paper, his team looks like a veteran squad because they played a lot of minutes last year, but he still has a very young squad.

“Tonight, out of the 11 that played, we are talking eight sophomores, one junior, one senior and a freshman,” he said. “You look at the big picture. This program has had a lot of success over the past 14 years, but people may not believe me, but the arrow is pointing up. We are not going anywhere. These girls are working very hard. It is a veteran team in terms of experience, but on paper, we are still very young.”

Brandywine led 37-10 at halftime and 56-19 heading into the final eight minutes of play.

Kadence Brumitt led the Bobcats with a game-high 17 points, while Ireland Prenkert added 14. Adeline Gill and Young both finished with nine points.

Jaedyn Herlein and Olivia Herlein both had eight points for the Falcons.

Hood and his team will get some work in this week before returning to action Friday night as it hosts Berrien Springs in its Lakeland Conference opener.