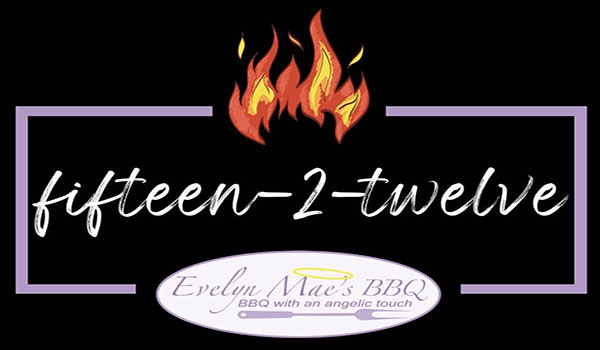 BUCHANAN — The odds that you’ve likely sampled the BBQ offerings that Anton and Ariel Lockett’s Evelyn Mae’s BBQ serve is pretty high. With their increasing popularity and demand it’s no surprise their story of success is a fast moving one with multiple parts and a trajectory that poses them for continued growth in Buchanan and all of Southwest Michigan.

After a series of unexpected life events lead them to open Evelyn Mae’s BBQ as a catering only company in November of 2019, the two expanded their business to operating out of a food truck in the summer of 2021. Their food truck popping up at events all across Southwest Michigan, including the 2022 KitchenAid Senior PGA Championship where they catered the Makers Trail 19th Hole, helped push their demand to a level that required yet another area of expansion. Fast-forward to fall of 2022 where the couple is excited to announce the purchase of the former Wheatberry Restaurant & Tavern in Buchanan, which will become their first physical restaurant Fifteen-2-Twelve.

Based on the initial success and growing catering schedule, the Lockett’s were originally looking for a building to allow for expanding on their current offerings to one that would allow for bigger and multiple catering jobs on the same day, provide storage, and the ability to build a team. However, after some serious thought led Lockett to the realization that he wanted not just a team to continue catering and the food truck, but a restaurant too, the search was on to find a physical location.

Initially, the former Wheatberry location wasn’t on the radar. It wasn’t until a previous deal for a different location fell through that they discovered the potential that this space offered.

“We are excited for the opportunity to grow in Buchanan and feel this is the perfect location to create a great home for our company. It’s a big plus that barbeque was on the menu when it was Wheatberry, I think it’s equal parts fate and luck,” Lockett said.

“We are thrilled to see this beautiful building in a picturesque location overlooking the St Joseph River filled with life again. We cannot wait to sit around the table and enjoy delicious BBQ and great atmosphere and are so grateful to the Lockett’s for making this possible,” said Buchanan Chamber of Commerce Executive Director Ashley Regal.

Southwest Michigan Regional Chamber President & CEO Arthur Havlicek added, “Witnessing first-hand the success that Anton and Ariel have built with Evelyn Mae’s, we are excited to cheer them on as they continue to invest and build their business and brand in Southwest Michigan, specifically Buchanan. We look forward to joining the Buchanan Chamber, the Lockett’s and their entire team in celebrating their official opening at a later date.”

When the restaurant opens in December guests will find strictly BBQ offerings with the plan to expand the menu as they hire and build their kitchen team, including hiring a head chef. “Our goal is to have a full menu filled out by Spring, but in the meantime, we will have the BBQ offerings people already know us for with monthly features of appetizes and entrees,” Lockett said.

Once the official opening date is set you can plan to dine in Thursdays from 4 to 10 p.m., and Friday through Sunday 11 a.m. to 10 p.m. For more information on Fifteen-2-Twelve and Evelyn Mae’s BBQ, including opportunities to join their team, visit facebook.com/evelynmaesbbq/.