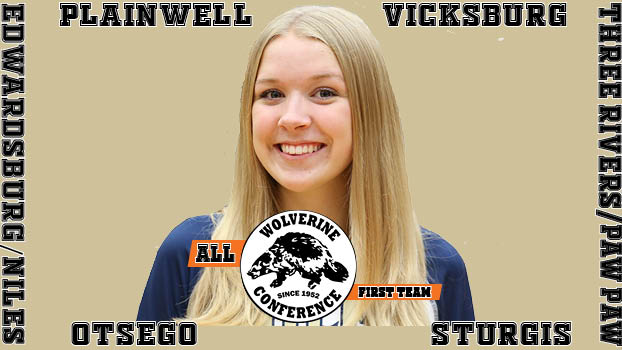 NILES — Wolverine Conference co-champions Niles and Edwardsburg earned three of the sixth first-team selections on the all-league team, which was announced recently.

The remaining members of the first team were Jenna Ballman, of Otsego, Addison Nettleman, of Sturgis, and Jenna Southland, of Three Rivers.

Sturgis’ Tracy Sterling was named Coach of the Year.

The Eddies and Vikings also had one second team and one honorable mention selection.