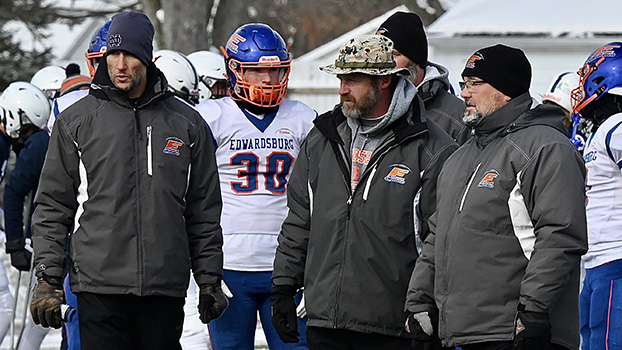 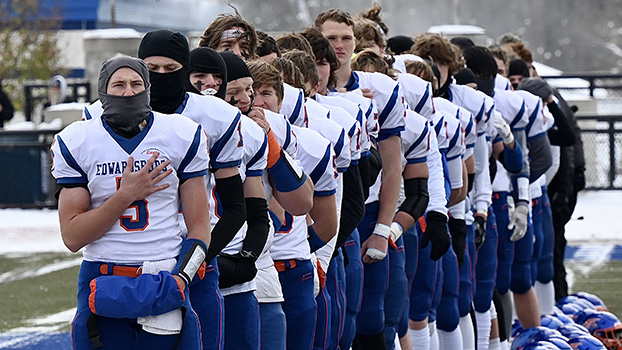 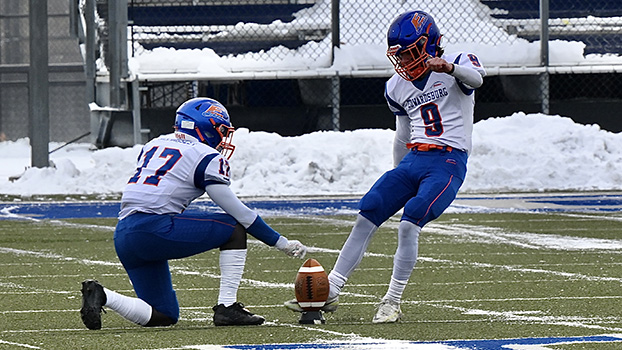 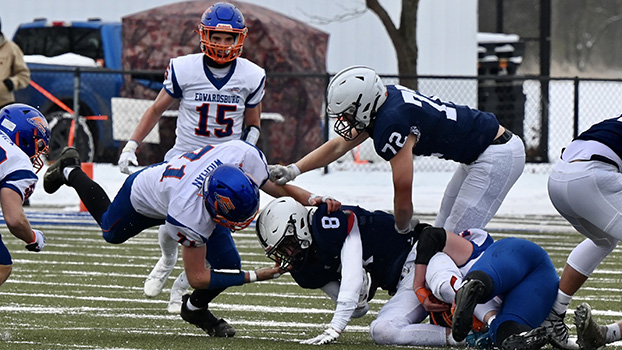 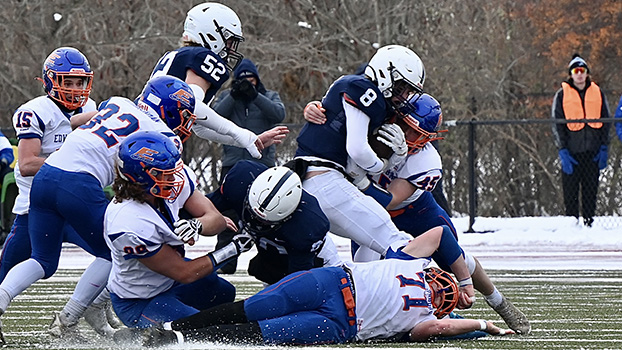 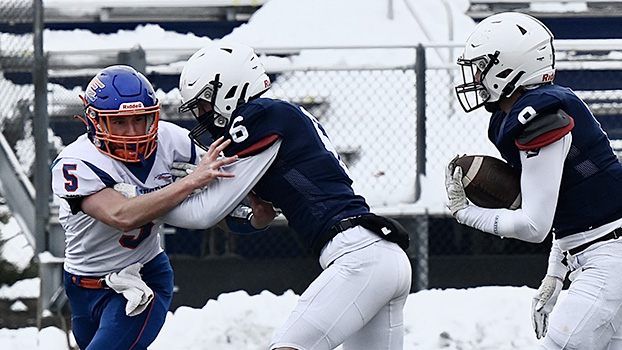 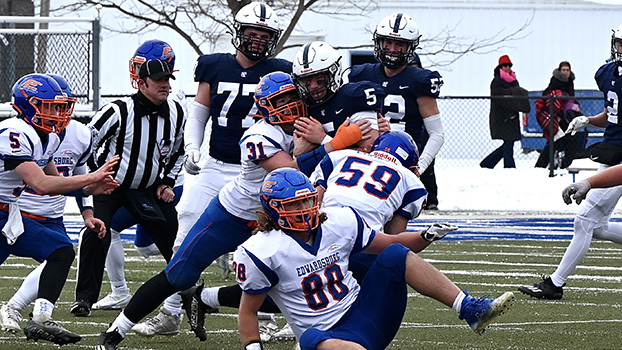 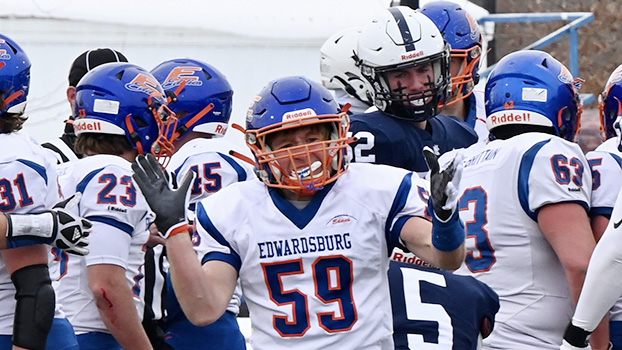 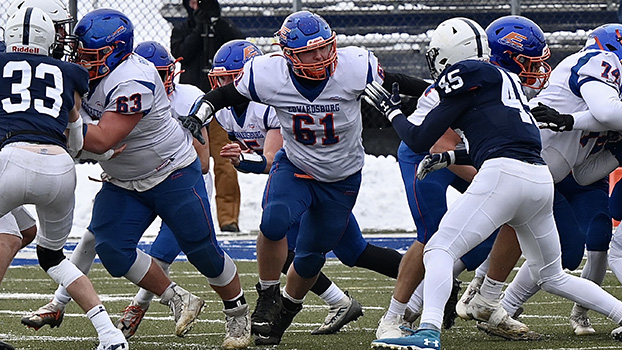 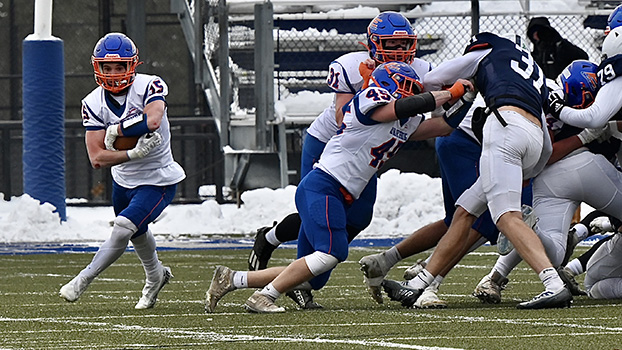 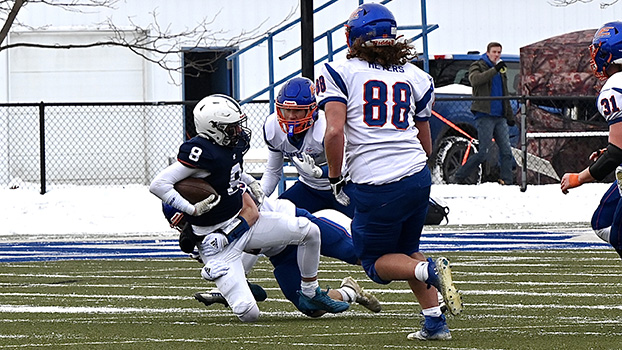 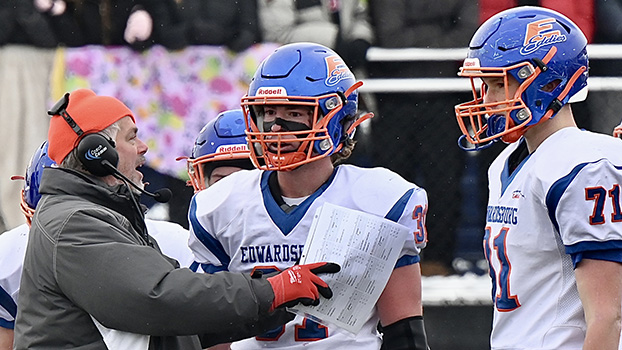 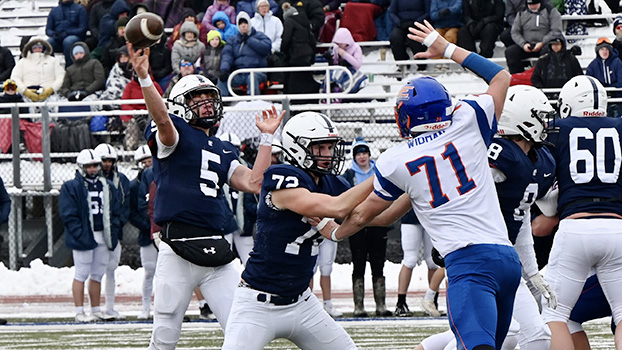 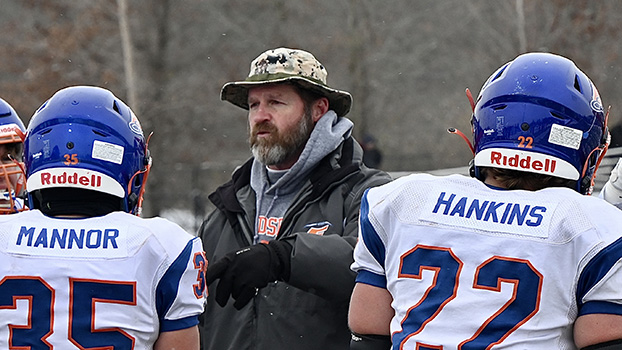 The similarities between the two games are eerie. But in the end, the Eddies dug too big a hole in the first half and could not recover.

On Saturday at Battle Creek Harper Creek High School, Edwardsburg found itself down 20-6 to the Sailors at halftime.

A big second-half comeback came up one possession short at South Christian, which had been defeated by the Eddies the last two seasons in the regional championship game, held on to win 26-20 to advance to the Division 4 state championship game Friday night against Goodrich at Ford Field in Detroit.

Against West Catholic back in August, Edwardsburg trailed 21-0 and ended up on the wrong end of a 28-20 final score.

In between those two games, the Eddies won 11 consecutive games to win its 10th Wolverine Conference championship and qualify for the state playoffs for a school-record 13th straight season. The 28 seniors on the Edwardsburg roster leave the program having won four league championships, four district championships and three regional titles, and they also appeared in three straight state semifinals.

This was no ordinary year for Edwardsburg, which is used to dominating its regular-season opponents, scoring at will and then heading into the postseason for a long run.

In 2022, the Eddies battled injuries from the very start of the season, and that trend continued through Saturday’s loss to the Sailors. Players returned to the lineup as the year went on, while others were sidelined or limited in their playing time. 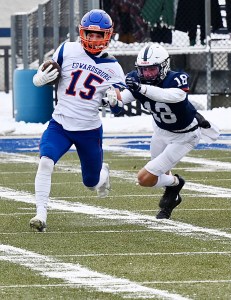 Saturday afternoon was no different.

Edwardsburg was forced to play South Christian with Andrew Colvin, one of the team’s leading rushers, only available for defense. One of its top linemen, Brennan Brady-Brittain, who missed last week’s game with a foot injury, returned to the lineup.

How much that affected the Eddies against the Sailors is hard to tell, just like what effect the weather had on both teams. With southwest Michigan being blanketed with snow, in some instances more than a foot of the white stuff, the staff at Harper Creek did a tremendous job of getting the field ready for play.

Despite the wind, South Christian was able to use a balanced attack on offense to put the Eddies in a hole. Jacob Dehaan, South Christian’s dual-threat quarterback, threw for 118 yards on 8-of-10 passing and a pair of touchdowns. DeHaan also had 91 yards rushing on 14 carries and two more touchdowns.

It was DeHaan who set the tone on Saturday. After a big return on the opening kickoff gave the Sailors the ball at its own 49-yard line, DeHaan went 51 yards on the first play from scrimmage to give South Christian a 7-0 lead.

DeHaan connected with Seth Ritsema for a 21-yard touchdown to open the second quarter as the Sailors stretched their advantage to 14-0. DeHaan’s second touchdown, a 6-yard run, gave South Christian (13-0) a 20-0 lead after it failed on the extra point kick was blocked.

The Eddies (11-2) finally found some rhythm to their offense on the final drive of the first half. Edwardsburg took the ball down the field and was able to cut the lead to 20-6 when Brett Allen scored on a 2-yard run. The conversion run, however, failed.

The third quarter did not see either team do much offensively, but a late fumble by South Christian one play after stopping the Eddies on downs at the 9-yard line gave Edwardsburg new life.

The Eddies took advantage of the Sailors’ miscue and scored on a 9-yard Brenden Seabolt run and 2-point conversion to make it 20-14 with 30 seconds remaining in the third quarter.

South Christian, like Edwardsburg, is no stranger to big games or moments, did not panic. Instead, the Sailors took the ball and drove it down the field on its next possession to push their lead back to two scores when DeHaan connected with Carson Vis on a 40-yard touchdown pass to extend the lead to 26-14 with 9:07 remaining in the contest.

Drawing on its own experiences for the 2022 season, which features a couple of come-from-behind wins, Edwardsburg took the ensuing kick and went 80 yards to score the game’s final touchdown.

Because the Eddies do not throw the ball much, and the fact that South Christian’s defense did a solid job of not allowing big running plays, it took Edwardsburg 21 plays and nearly eight minutes to score.

Quarterback Brenden Madison called his own number to score from the 1-yard line with 1:56 remaining in the contest. Allen scored the 2-point conversion to make it 26-20.

The Sailors recovered the on-side kick and were able to run out the clock.

Allen led the Eddies with 122 yards rushing on 27 carries and a touchdown. Madison added 58 yards on 16 carries.

Allen and Blake Ludwick led the Edwardsburg defense with five tackles each. Jacob Edwards had four tackles, while Oscar Morris and Colvin finished with three stops.