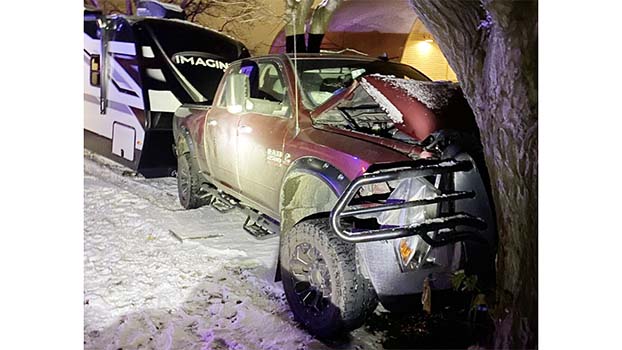 CASSOPOLIS — A Missouri man lost control of his vehicle trying to avoid another accident and struck a tree in Mason Township Friday evening.

The Cass County Sheriff’s Office reports that approximately 6:34 p.m. Friday, a truck pulling a camper was involved in a single-vehicle crash on US-12 near Cassopolis Road.

Investigation showed that David Schrader, 50, of Joplin, Missouri, was heading West on US-12.  Schrader was avoiding another traffic crash and lost control of his vehicle and ran off the road and struck a tree.

Schrader was transported by Porter Township EMS to Elkhart General Hospital for injuries sustained in the traffic crash.

Weather and road conditions are believed to be a factor in the crash. Drugs and alcohol are not believed to be involved in this crash. Mr. Schrader was wearing a seat belt.